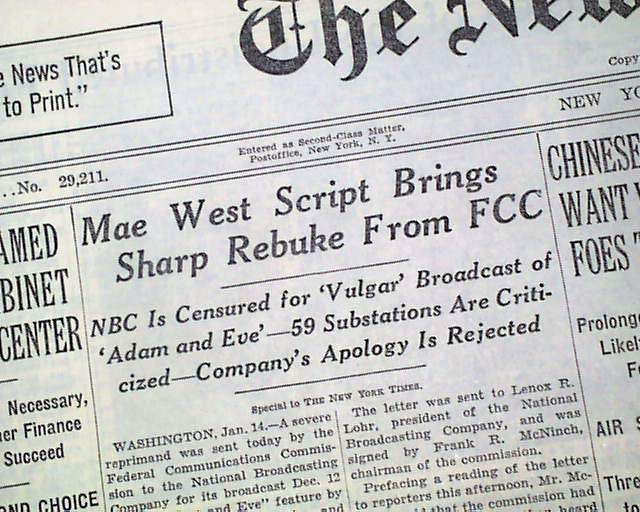 The top of the front page has one column headings : "Mae West Script Brings Sharp Rebuke From FCC" "NBC Is Censured for 'Vulgar' Broadcast of 'Adam and Eve'---59 Substations Are Criticized--Company Apology IS Rejected" Coverage on famous actress Mae West's radio program "Adam and Eve" in which protest arose due to inappropriate scenes. These scenes would be considered Disney like in today's society.
Other news, sports and advertisements of the day. Complete with 32 pages, rag edition nice condition.