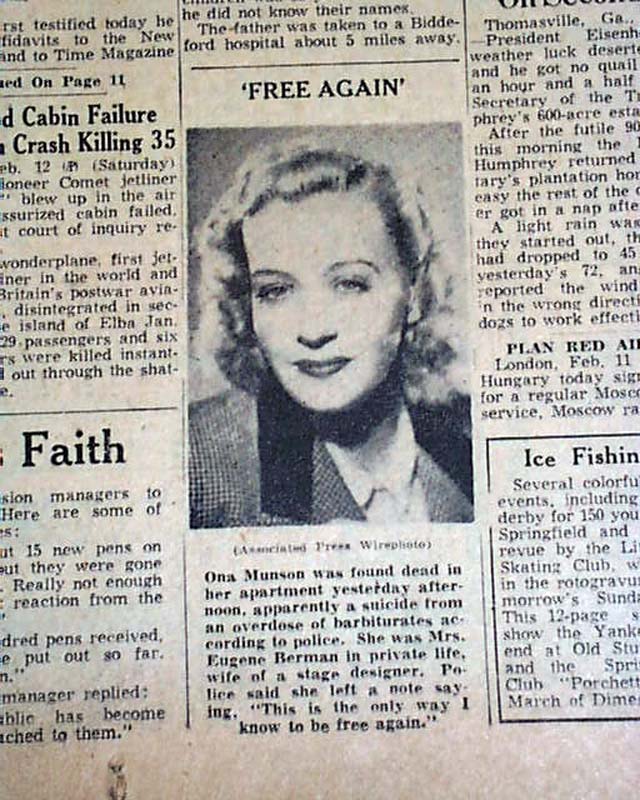 The bottom of the front page has a small one column photo with heading: "Free Again" and brief text. (see) First report coverage on the suicide death of this American actress in silent movies, vaudeville and theater.
Other news, sports and advertisements of the day. Complete in 36 pages, light toning at the margins, generally nice.

wikipedia notes: In 1955, plagued by ill health, she committed suicide at the age of 51 with an overdose of barbiturates in her apartment in New York. A note found next to her deathbed read, "This is the only way I know to be free again...Please don't follow me." Munson posthumously received a star on the Hollywood Walk of Fame, located on the north side of the 6200 block of Hollywood Boulevard.