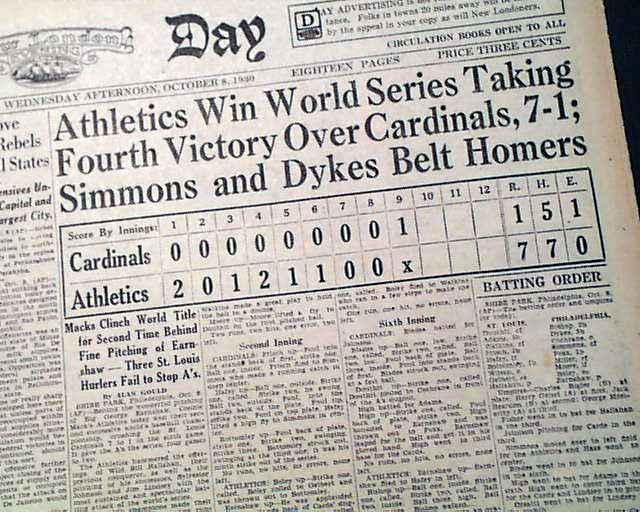 This 18 page newspaper has a four column headline on the front page: "Athletics Win World Series Taking Fourth Victory Over Cardinals, 7-1; Simmons and Dykes Belt Homers," with subhead and inning by inning recap also on the front page.

Other news of the day throughout. Some binding holes along the spine with little browning around the margins, otherwise good.

source: wikipedia: The Philadelphia Athletics' 1930 season involved the A's finishing 1st in the American League with a record of 102 wins and 52 losses. This was the A's final World Series championship in Philadelphia, as they would win the World Series for the first time in 42 years in 1972, after they had moved to Oakland.