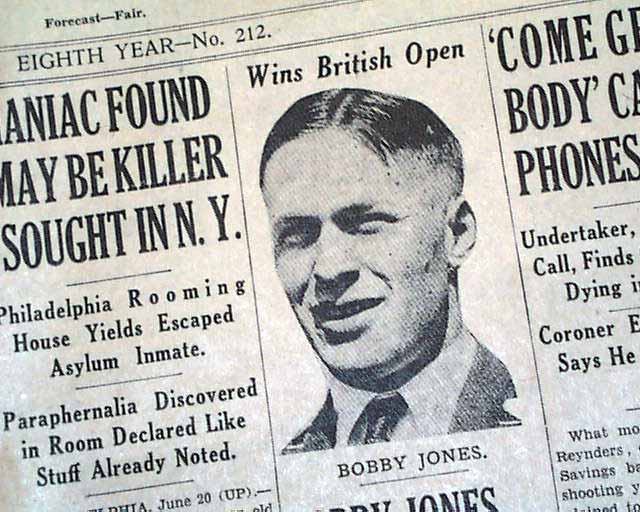 This 30 page newspaper has one column headlines on the front page: "BOBBY JONES TRIUMPHS IN BRITISH OPEN" "Atlantan Has 291 Score for 72 Hole Golf Play; Leo Diegel Second" with photo of Jones. (see)

This would be the year of his famous grand slam of golf achievement.