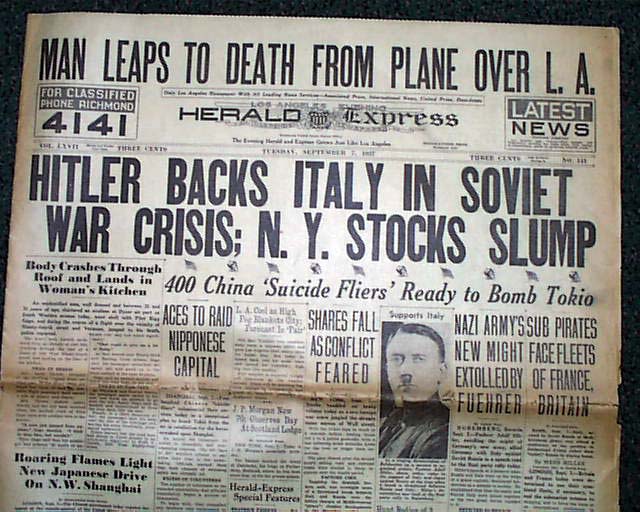 
HERALD EXPRESS, Los Angeles, September 7, 1937  The front page has the dramatic 2-line, full-banner heading: "HITLER BACKS ITALY IN SOVIET WAR CRISIS; N. Y. STOCKS SLUMP," which includes a photo of Hitler and supporting text.
Another front page banner heading has: "MAN LEAPS TO DEATH FROM PLANE OVER L.A.," with the subhead: "Body Crashes Through Roof and Lands in Woman's Kitchen." The details given make it clear this was a suicide.
Complete 1st section only with 16 pages, a little margin wear, a little browning at the mid-fold, but generally in good condition.