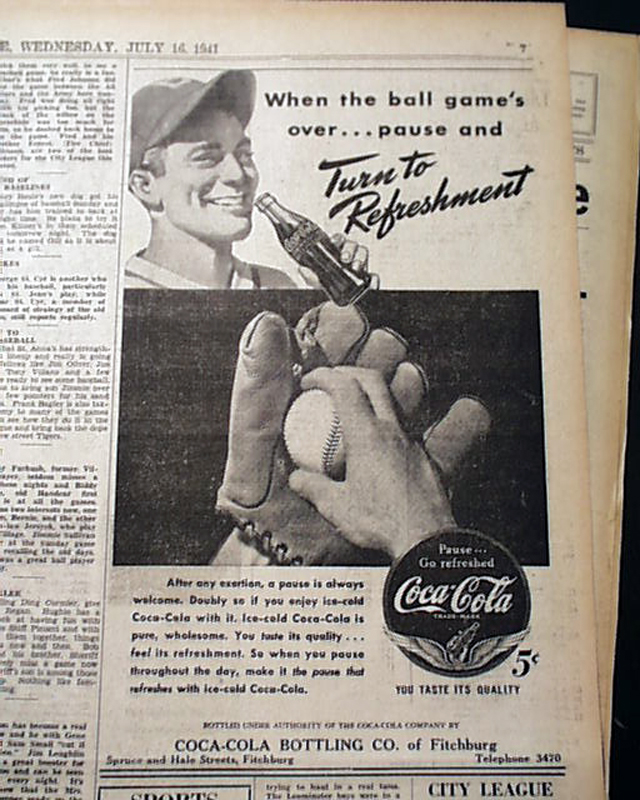 The July 18th issue is 10 pages and has a report under: "WHAT HAPPENED IN THE BIG LEAGUE BASEBALL CONTESTS," which tells of the end of Joe DiMaggio's famous hitting streak. See photos for text.
As a bonus, we've also included the 8-page July 16th issue which has a small report of his 55th straight game with a hit. Note: The report on the 17th of his 56th straight game with a hit is not included.
Other news of the day is found throughout both issues.
Both newspapers are complete, have light browning, but are otherwise in good condition.