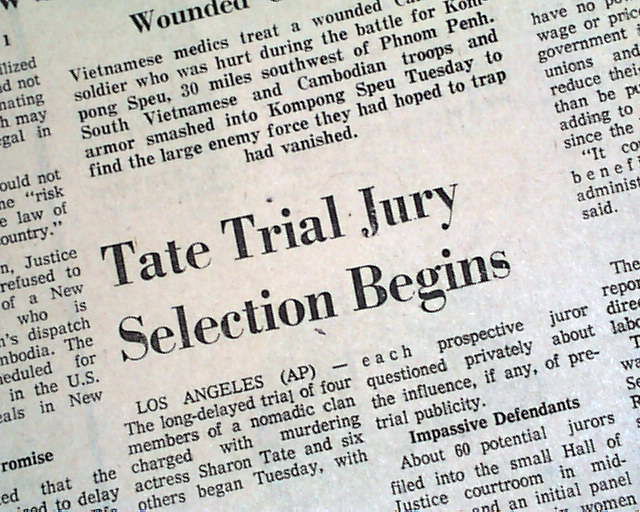 This 46 page newspaper has a two column headline on page 4: "Tate Trial Jury Selection Begins," which tells of the beginning of the murder trial of Charles Manson and his 3 women followers.
Other news of the day with period advertising is found throughout.
Complete in 46 pages. A little spine wear, otherwise in good condition.