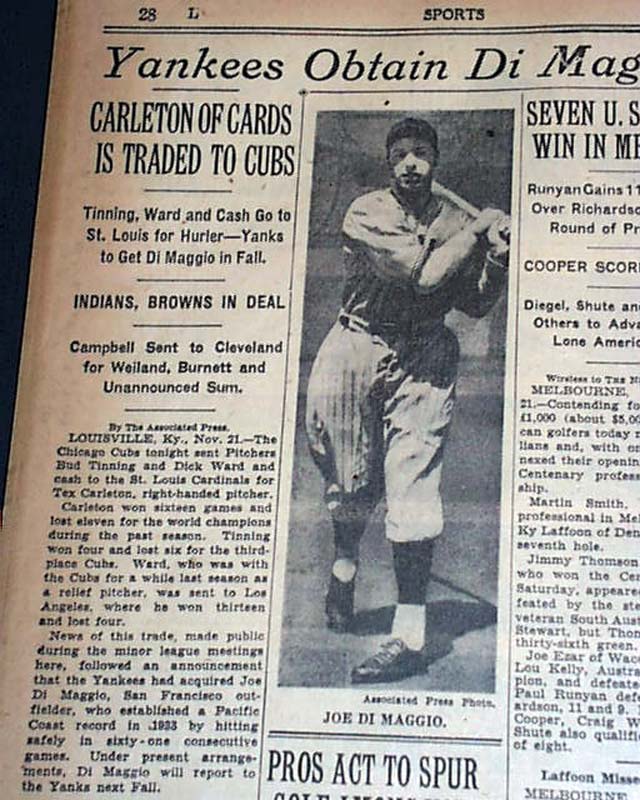 The sport's section (page 28) has a banner headline that announces: "Yankees Obtain Di Maggio, Coast League Batting Star, in Player Transaction" with subheads and early action photo of DiMaggio. This is in fact the first time DiMaggio was reported in the famous New York Times. A very early report on the Yankee Clipper when he was only 19 years old. He would not make his Yankee debut until May 3, 1936. Notice they spelled his last name with a space between the "i" and "M".
Other news, sports and advertisements of the day. Forty-four pages, toning and wear at the margins with a little text loss, should be handled with care.