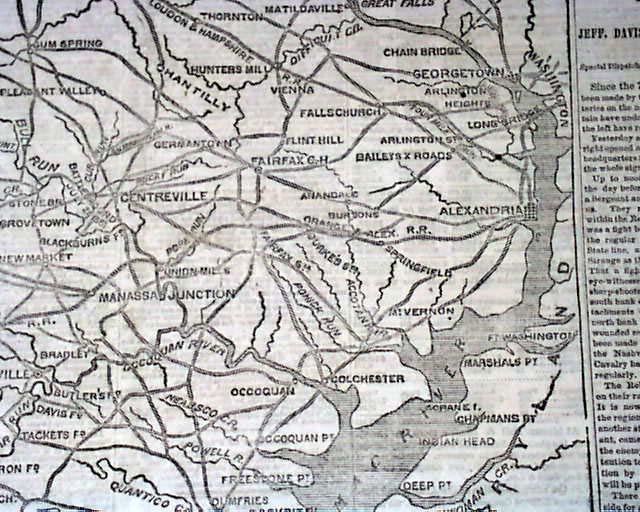 The front page features a quite large Civil War map headed: "THE LATE MOVEMENTS OF THE ARMY OF THE POTOMAC" with various one column ftpg. heads including: "Skirmishing All Along the Lines" "The Rebels Twice Repulsed" "The Rebel Batteries on Look Out Mountain Withdrawn" "Our Guns Shell Out Bragg's Headquarters" "The Enemy Fighting Among Themselves" "Jeff. Davis to Command Bragg's Army" and more.
Eight pages, never bound nor trimmed, good condition.