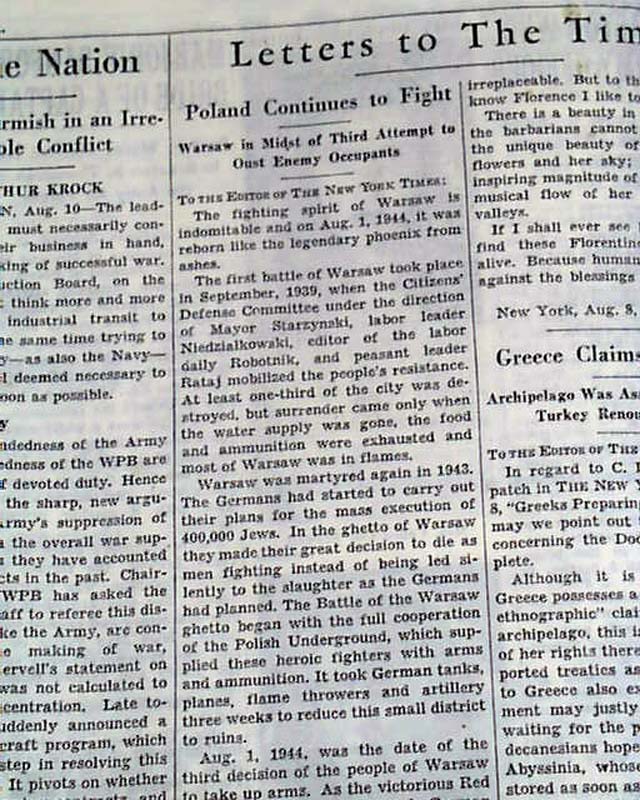 Page 14 has an editorial with one column headings: "Poland Continues to Fight" and "Warsaw in Midst of Third Attempt to Oust Enemy Occupants" See images for text on the Warsaw Uprising. Germany would eventually take control once again. This is not to be confused with the "Warsaw Ghetto Uprising" of 1943.
Other news, sports and various advertisements of the day throughout with much on World war II. Rag edition in nice condition.

wikipedia notes: The Warsaw Uprising was a major World War II operation by the Polish resistance Home Army to liberate Warsaw from Nazi Germany. The rebellion was timed to coincide with the Soviet Union's Red Army approaching the eastern suburbs of the city and the retreat of German forces. Controversially, the Soviet advance stopped short, enabling the Germans to regroup and take the city back from the Polish resistance, which fought for 63 days with little outside support.