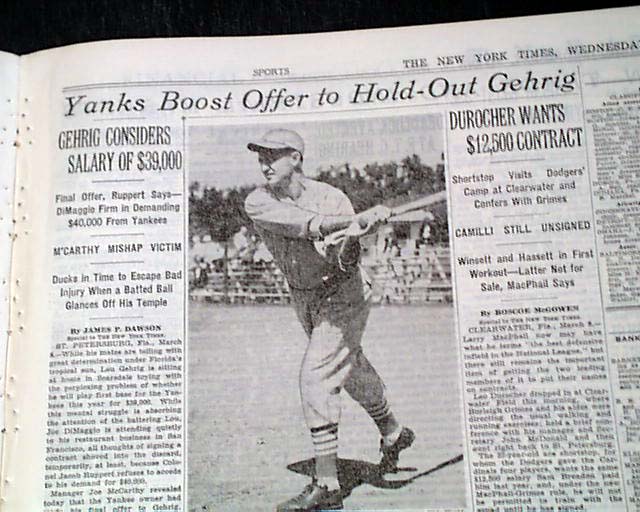 The sport's section (page 31) has a four column heading: "Yanks Boost Offer to Hold-Out Gehrig" with subheads. (see) He would sign the contract a few days later. Gehrig would have to give up baseball the following year due to health failure.
Other news, sports and advertisements of the day. Complete with all 46 pages, rag edition in nice condition.