Home > Back to Search Results > Two treaties signed by the President...
Click image to enlarge 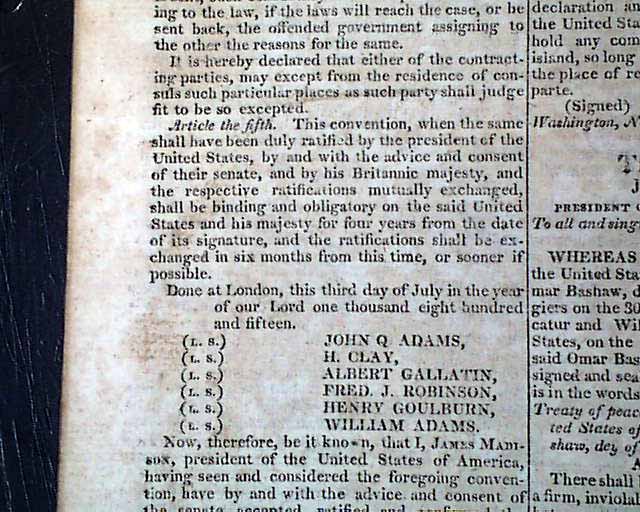 Two treaties signed by the President...


NILES WEEKLY REGISTER, Baltimore, Dec. 30, 1815  Inside contains two treaties, the first: "Commercial Convention...To Regulate the Commerce Between the Territories of the U.S. and of  his Britannic Majesty" with the full text and  several signatures, including Madison and Monroe. Also a: "Treaty with Algiers" taking several pages and signed in type: James Madison.
Sixteen pages, 6 1/4 by 9 3/4 inches, nice condition.