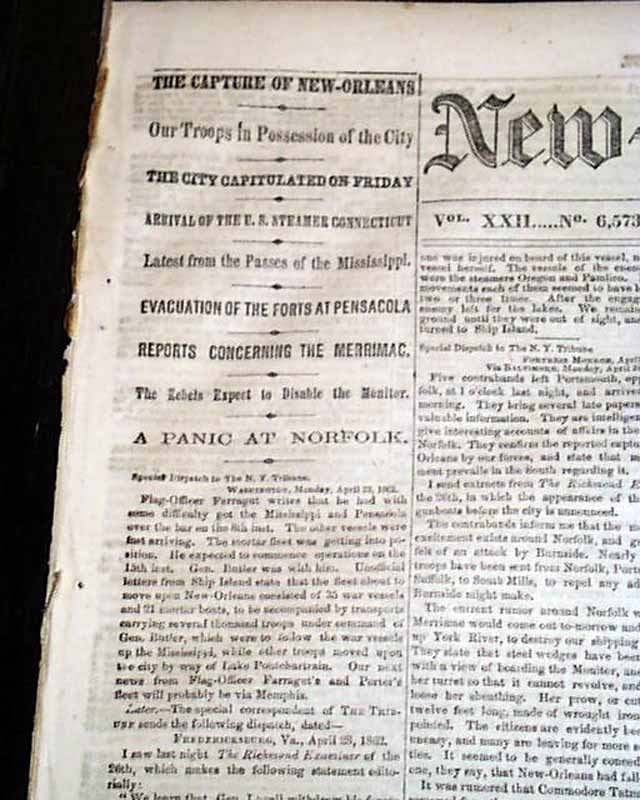 * Capture of New Orleans, Louisiana
* Full use of the Mississippi River

Among the ftpg. column heads on the Civil War are: "The Capture of New Orleans" "Our Troops In Possession of the City" "The City Capitulated on Friday" "Evacuation of the Forts at Pensacola" "A Panic At Norfolk" "THE WAR FOR THE UNION" "The Loyal Blacks for Fortifications" "The Army Defending Richmond" "Occupation of Fredericksburg" and much more.
Eight pages, very nice condition.