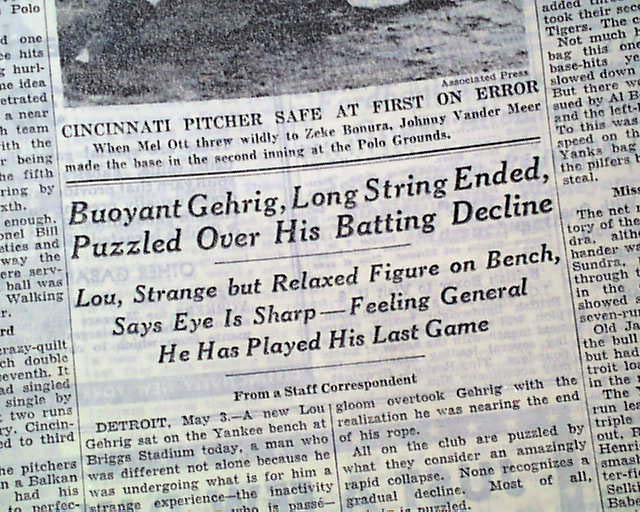 The sport's section reports a major moment in baseball history--re. Lou Gehrig breaking his consecutive game appearance streak with a two column heading on page 29: "Buoyant Gehrig, Long String Ended, Puzzled Over His Batting Decline" with subhead: "Lou, Strange but Relaxed Figure on Bench, Says Eye Is Sharp---Felling General He Has Played His Last Game" (see) Was he feeling the effects of his disease at this time ? On the 4th of July of that year would be his emotional retirement from baseball. Great to have in this famous NYC title, the home of the Yankees.
Other news, sports and advertisements of the day. Complete with all 48 pages, rag edition in good condition.