Home > Back to Search Results > The war could have been averted... Reign of terror...
Click image to enlarge 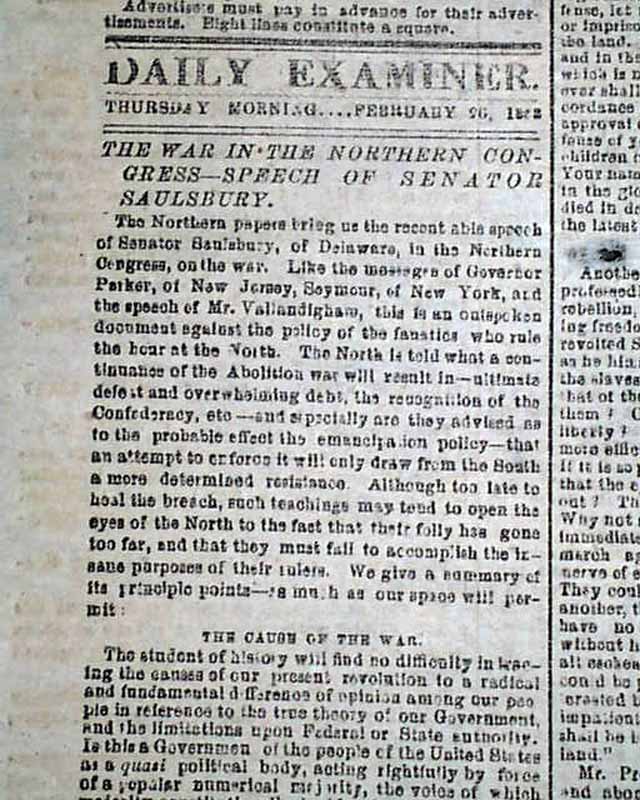 The war could have been averted... Reign of terror...

A nice newspaper from the capital of the Confederacy.  Among the front page reports relating to the Civil War--from the Confederate's perspective--are: "The War--In the Northern Congress--Speech of Senator Saulsbury" with subheads including: "The Cause of The War--Mr. Lincoln's Indifference To It--The War Could Have Been Averted--Reign of Terror..." and more. Also: "The Press & Mr. Conrad" "The Courts"  "City Intelligence" and other smaller items.
The back page has an editorial which takes over a full column, and also has: "Telegraphic News" & reports from the "Confederate Congress" and the "Virginia Legislature" among other smaller items.
Complete as a single sheet newspaper with a full banner masthead, very nice condition.