Home > Back to Search Results > On the death of LaFayette...
Click image to enlarge 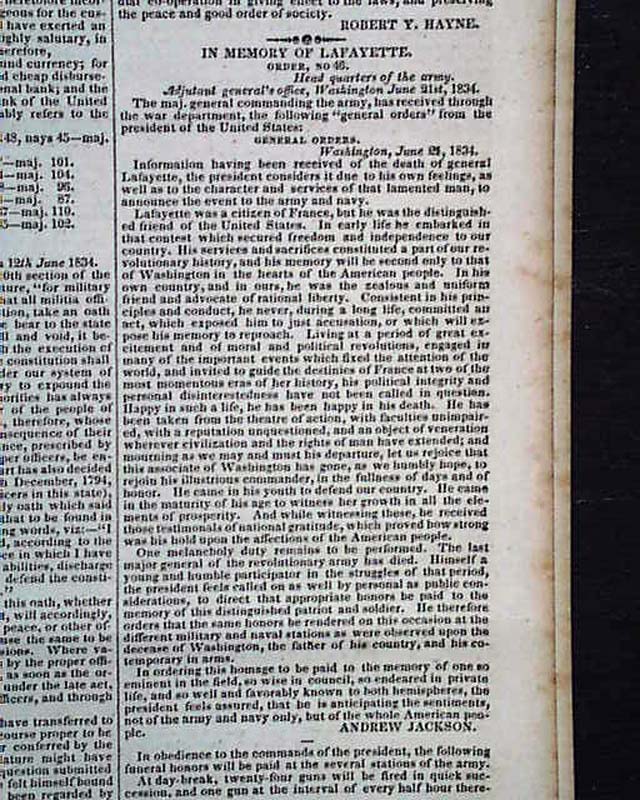 On the death of LaFayette...


NILES' WEEKLY REGISTER, Baltimore, July 5, 1834  Within this issue is a report headed: "In Memory of LaFayette" being a "General Order" concerning the death of LaFayette, signed in type by: Andrew Jackson.
Also in this issue is lengthy report from Congress taking several pages, as well as: "Mr. Taney & The President" "Chesapeake & Ohio Canal Company"  and "Silver Coin Law--An Act Regulating the Value of certain foreign Silver Coins within the United States". There is also a: "List of Acts Passed at the first session of the 23rd Congress ending June 30, 1834"
Complete in 16 pages, 6 by 9 1/2 inches, scattered foxing, otherwise in nice condition.