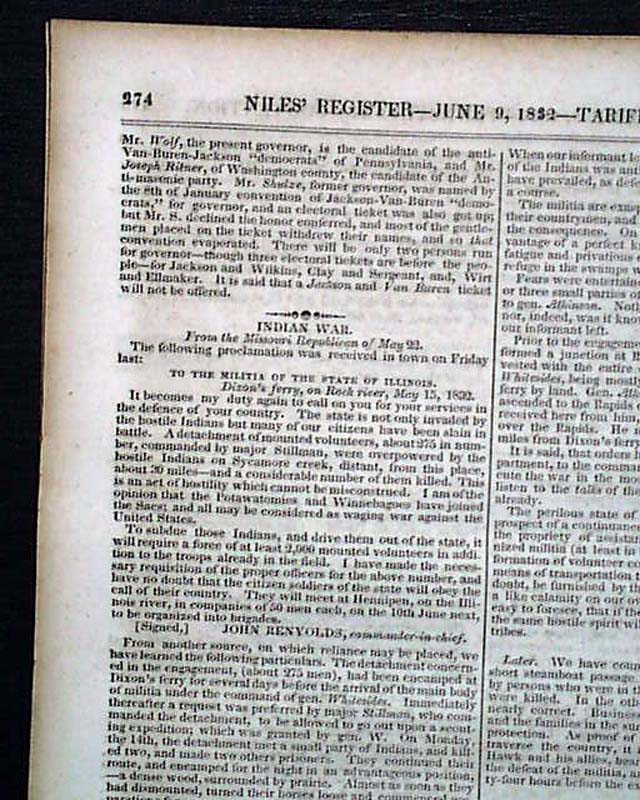 
NILES' WEEKLY REGISTER, Baltimore, June 9, 1832  Inside has over half a page headed: "Indian War" which includes a Proclamation from the Rock River, signed by: John Reynolds, noting: "It becomes my duty again to call on you for your services in the defense of your country. The state is not only invaded by the hostile Indians but many of our citizens have been slain in battle..." with more. Also much text on what is known as the Black Hawk War. It was this war that gave a young Abraham Lincoln his brief military experience.
Sixteen pages, 6 1/4 by 9 3/4 inches, generally nice condition. 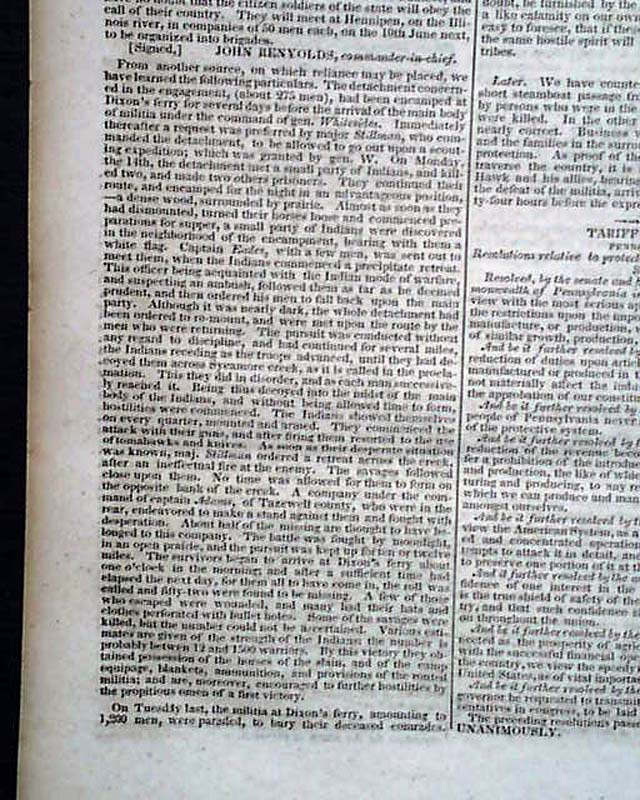 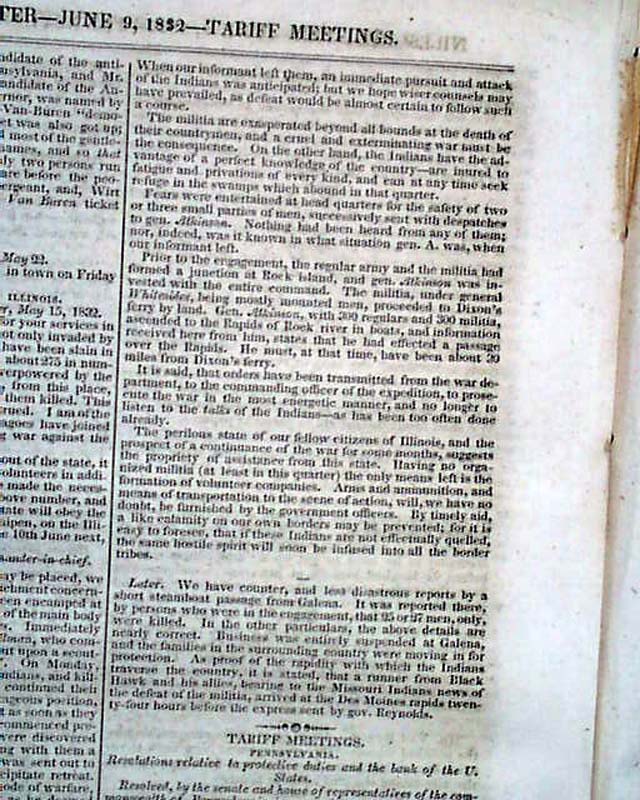 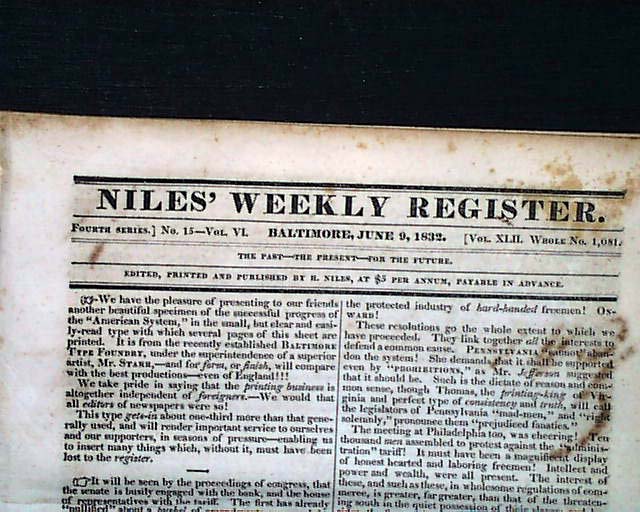 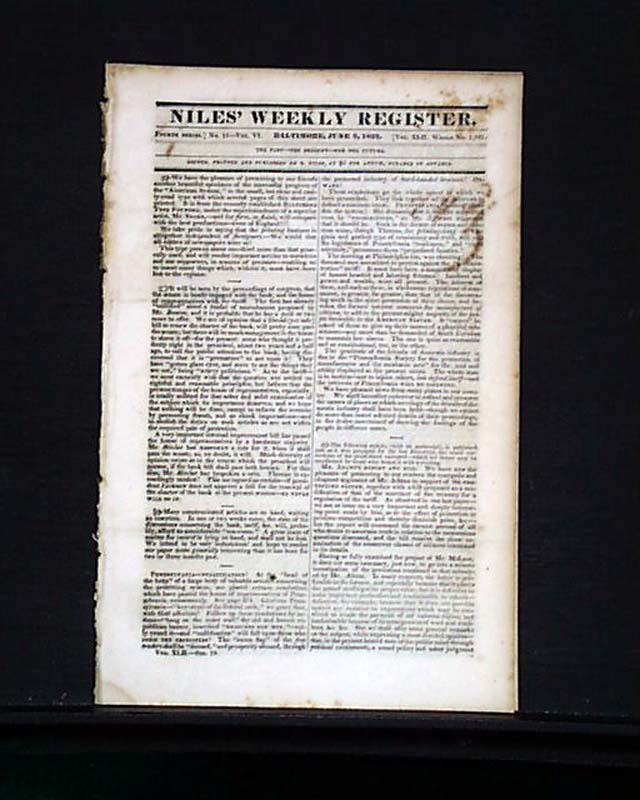