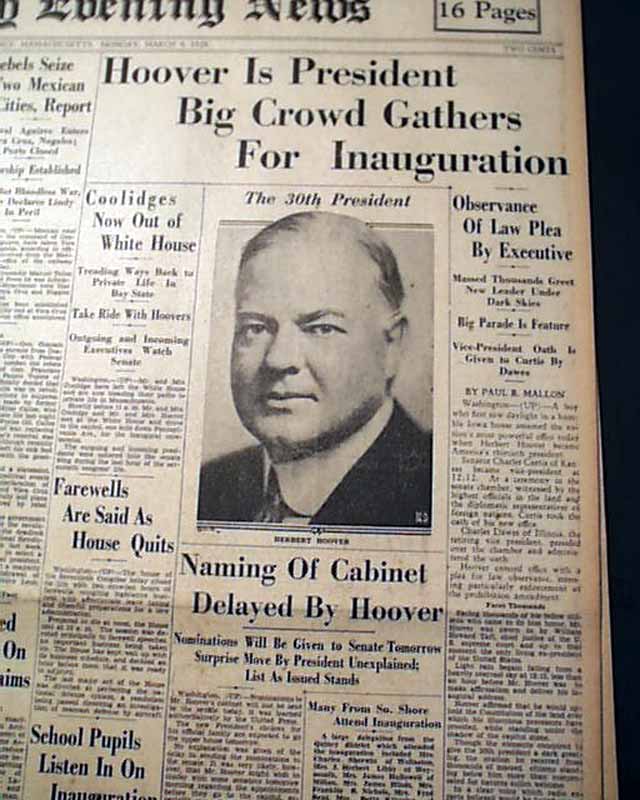 A notable two issue set, the March 4 issue reporting Hoover's inauguration with: "Hoover Is President Big Crowd Gathers For Inauguration" & related subheads and a photo captioned: "Herbert Hoover".  Pages 2, 4 & 5 continue with much on the inauguration including photos & the full text of his inaugural address.
The March 5 issue has additional reports on the inauguration including a ftpg. photo of Hoover & Coolidge riding to the Capitol.
Both issues are complete in 16 pages with binding slits at the blank spine, very nice condition.