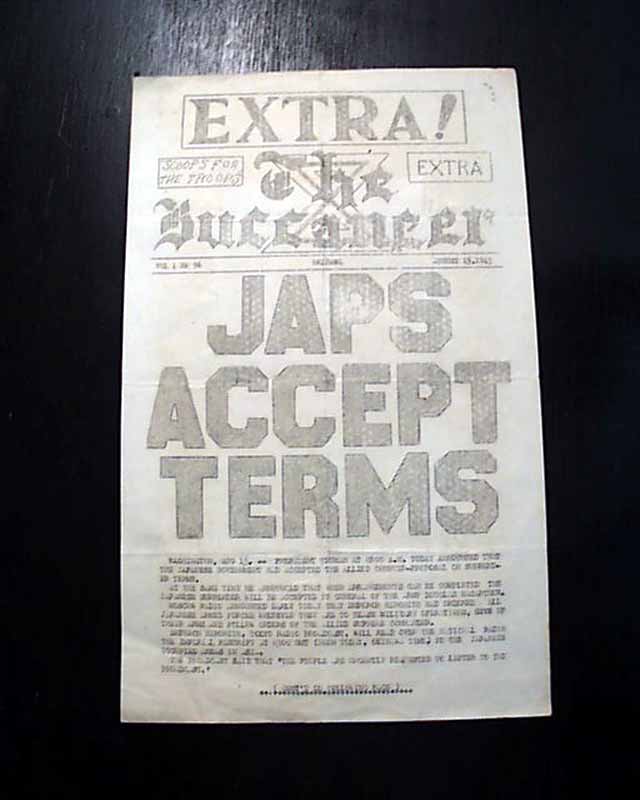 A crude, typewriter-set newsheet printed under less than ideal situations at a military came. Such were typical during WWII.
Most of the ftpg. is taken up with: "EXTRA !  JAPS ACCEPT TERMS". Most of the bkpg. is related text.
This issue was printed less than 2 months after the end of the Battle of Okinawa, one of the bloodiest engagements of WWII. Japan lost as many as 100,000 soldiers while the Allies suffered 65,000 casualties including 14,000 dead.Civilians would bear the highest death toll of the battle with some 100,000--and perhaps as many as 150,000--perishing during the campaign.
Single sheet, 8 by 13 inches, nice condition.