Home > Back to Search Results > Reporting the death of outlaw Jesse James...
Click image to enlarge 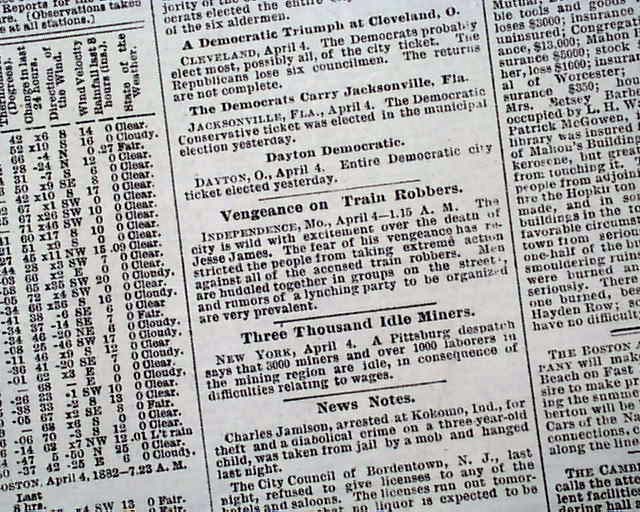 Near the bottom of the front page is a small report headed: "Vengeance on Train Robbers" which reports: "The city is wild with excitement over the death of Jesse James. The fear of his vengeance has restricted the people from taking extreme action against all of the accused train robbers. Men are huddled together in groups on the streets, and rumors of a lynching party to be organized are very prevalent."
Eight pages, archival strengthening at the spine, some very discrete archival mends inside, very nice condition. somewhat fragile & should be handled carefully.