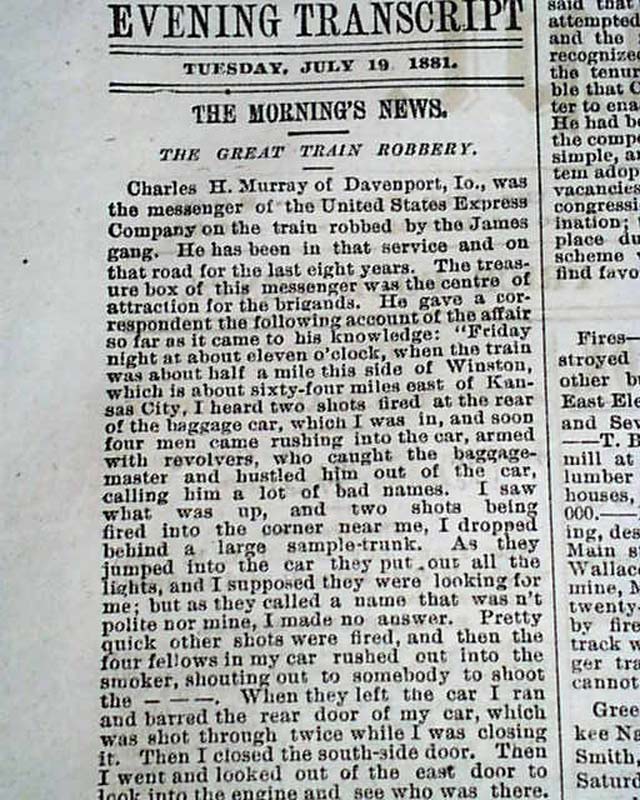 Page 2 begins with a quite lengthy account of what was the infamous Rock Island Railroad robbery by the James Gang. It is headed: "The Great Train Robbery" and begins: "Charles Murray...was the messenger of the U.S. Express Company on the train robbed by the James gang...He gave a correspondent the following account of the affair so far as it came to his knowledge:..." and what followed is a very detailed account which includes quotes from the bandits.
Page 4 has a small items concerning Frederick Douglass (see).
Eight pages, good condition.