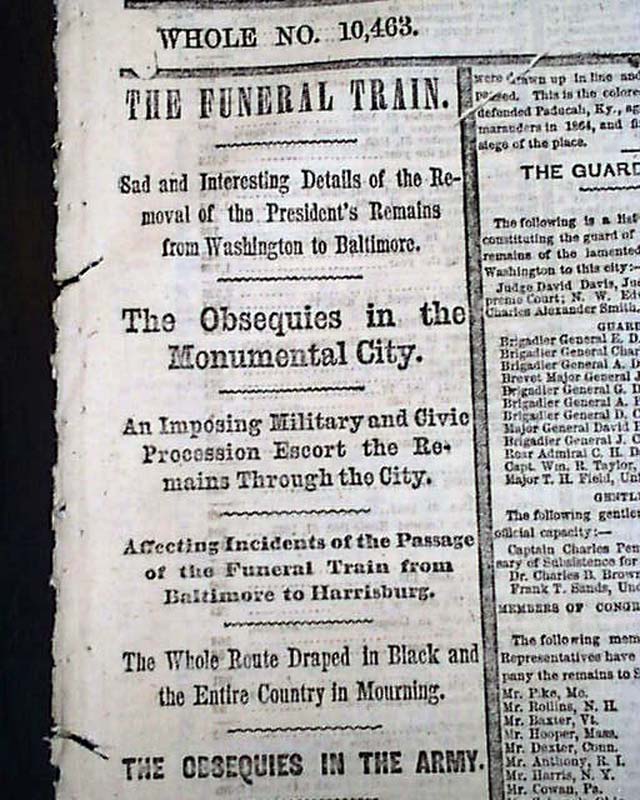 Half of the first column is taken up with a nice stack of headlines concerning Lincoln's funeral, including: "THE FUNERAL TRAIN" "Sad & Interesting Details of the Removal of the President's Remains from Washington to Baltimore" "The Obsequies in the Monumental City" "The Whole Route Draped in Black & the Entire Country in Mourning" "The Obsequies in the Army" "The Grand Preparations for the Funeral in the Metropolis" and much more.
More on the inside as well including: "THE ASSASSINS" "Booth Not Yet Caught" "Two of His Alleged Accomplices Under Arrest" and much more (see).
All columns on all 8 pages have black mourning rules. Binding slits at the blank spine, some foxing at ftpg. folds, generally very nice condition.