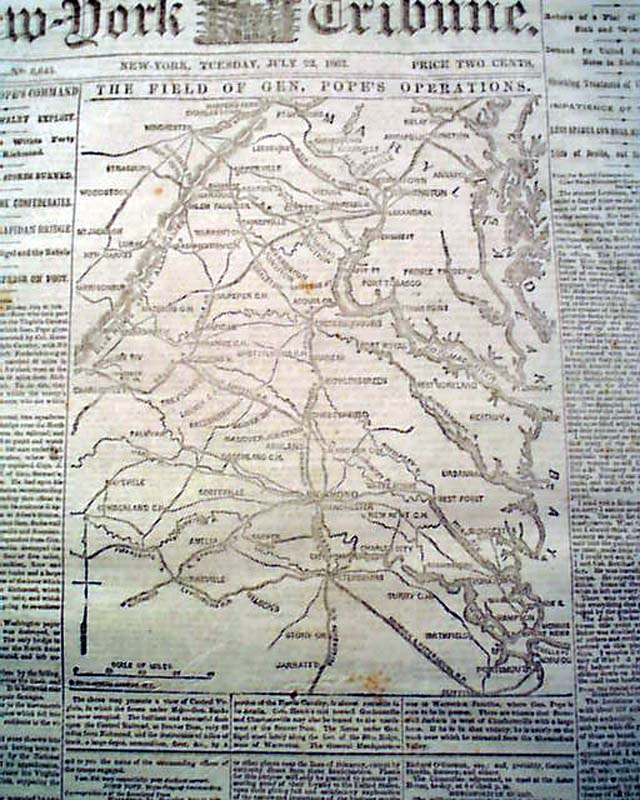 The front page features a detailed Civil War map headed: "The Field of Gen. Pope's Operations". Among the ftpg. column heads are: "Brilliant Cavalry Exploit" "Our Troops Within 40 Miles of Richmond" "Consternation of the Confederates" "Skirmishing Between Sigel and the Rebels" "Shocking Treatment of Union Prisoners" & more.
Eight pages, page 3 is the "Evening Edition" with its own masthead, generally nice condition.