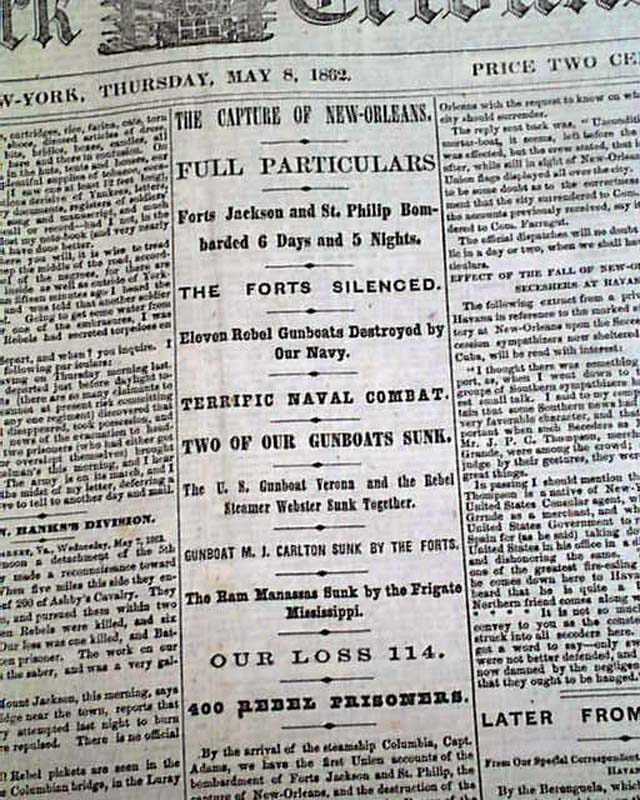 Some nice & historic ftpg. column heads including: "The Capture of New  Orleans" "FULL PARTICULARS" "Forts Jackson and St. Phillip Bombarded 6 Days and 5 Nights" "the Forts Silenced" "Terrific Naval Combat" with more (see photos). Also on the ftpg: "The Advance of McClellan's Army" "The Evacuation of Williamsburg "Our Troops In Possession of the Place" "The Rebels Leave their Sick and Wounded" "The Battle at Williamsburg" and more. Plus there is more reporting on the inside pages.
Eight pages, never bound nor trimmed, some weakness at the central fold, nice condition.