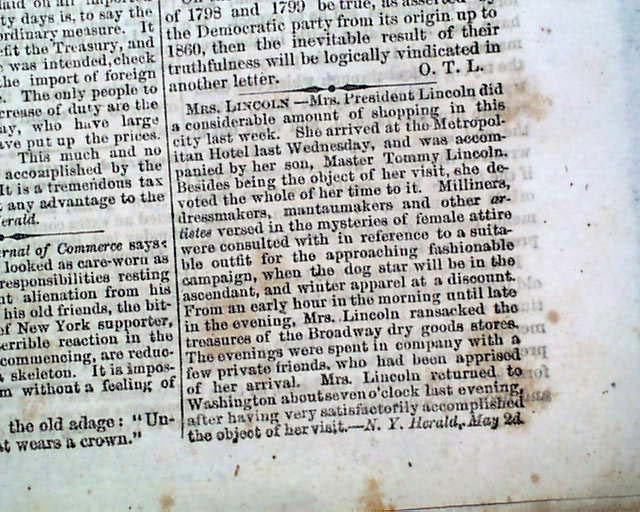 
THE CRISIS, Columbus, Ohio, May 22, 1864  Among the reports are: "Freedom of Debate" "Mrs. Lincoln" "War News of the Week" "From the Red River - The Rebels Fire into the Vessels..." "Latest From the Front--Our Wounded Sent to the Rear..." "Occupation of City Point..." "The Army of the Potomac Moving! Crossing the Rapidan!" "Sherman's Army on the Move..." and much more.
Eight pages, never-trimmed margins, various foxing & light dirtiness to the front page.