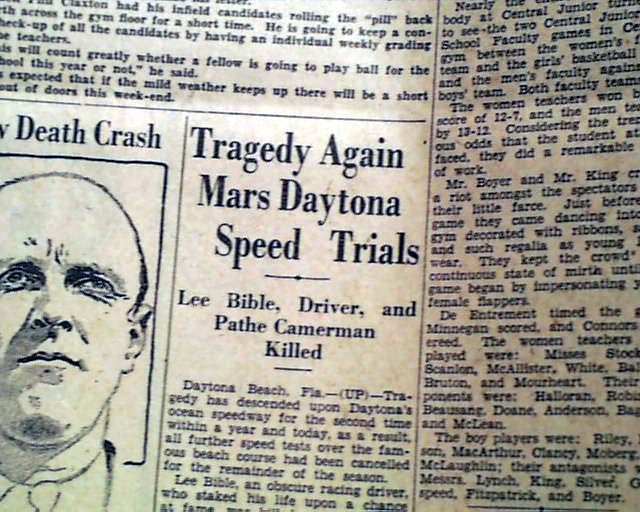 The sport's section (page 4) of the 14th issue has a one column heading: "Tragedy Again Mars Daytona Speed Trials" with subhead: "Lee Bible, Driver, and Pathe Camerman Killed. (see) You also get the March 15 issue which has a small photo on the front page with caption: "His Last Photo. (see)
Other news, sports and advertisements of the day. Each issue is complete with 16 pages each, light toning at the margins, s few biding slits along the spine, generally very nice.