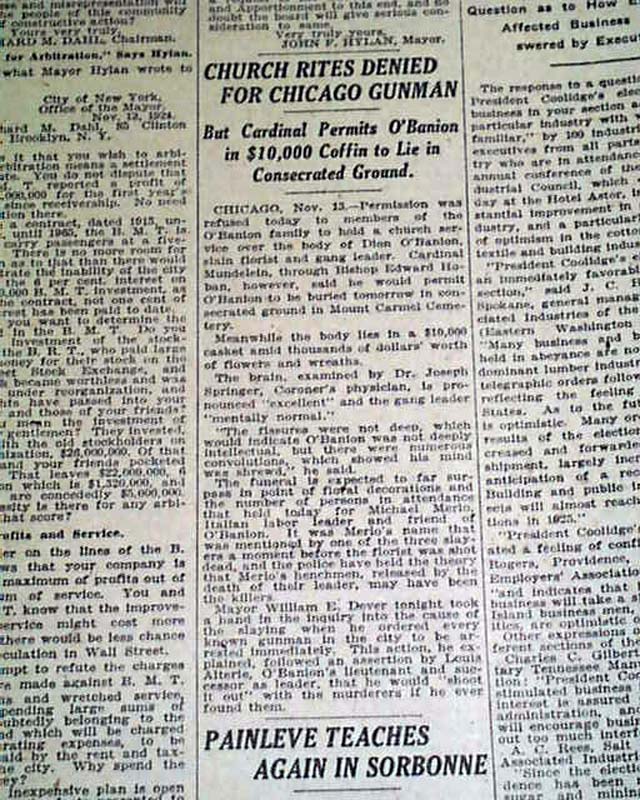 Page 2 has a small one column heading: "Church Rites Denied For Chicago Gunman" with subhead. (see) This is early for Chicago mob news prior to Al Capone becoming a nationally known figure. Always nice to have notable events in history reported in this World famous publication.
Other news, sports and advertisements of the day. Complete with all 40 pages, light toning at the margins, irregular along the spine, generally good.