Home > Back to Search Results > Karl Marx as a newspaper reporter... From the mid-1850's...
Click image to enlarge

Item # 653553 NEW YORK DAILY TRIBUNE, 1853-1856  Offered is an issue dated in the mid-1850's which provides the opportunity for a collector to own an original/authentic newspaper with an article written by Karl Marx, the communist revolutionary who would become more famous after his death than during his lifetime. Karl spent most of his life in exile, part of which was in London where he joined the Communist League. As noted in the website "The History Guide": "...during the first half of the 1850s the Marx family lived in poverty in a three room flat in the Soho quarter of London. Marx and Jenny already had four children and two more were to follow. Marx's major source of income at this time was Engels who was trying a steadily increasing income from the family business in Manchester. This was supplemented by weekly articles written as a foreign correspondent for the New York Daily Tribune ."

In addition to the article by Karl Marx, each complete issue includes other news of the day accompanied by period advertising throughout.

Specific "Marx" articles can run into the thousands of dollars. This listing is not for one of these. However, if content is not an issue and what is desired is to own an authentic newspaper with an article written and signed (block type) by Karl Marx, this is a great opportunity to own such an issue at a slightly discounted price.

The images are only shown for reference. The actual dates and content will vary, but all issues ordered (you may order more than one) will have a Karl Marx article with hos block signature. 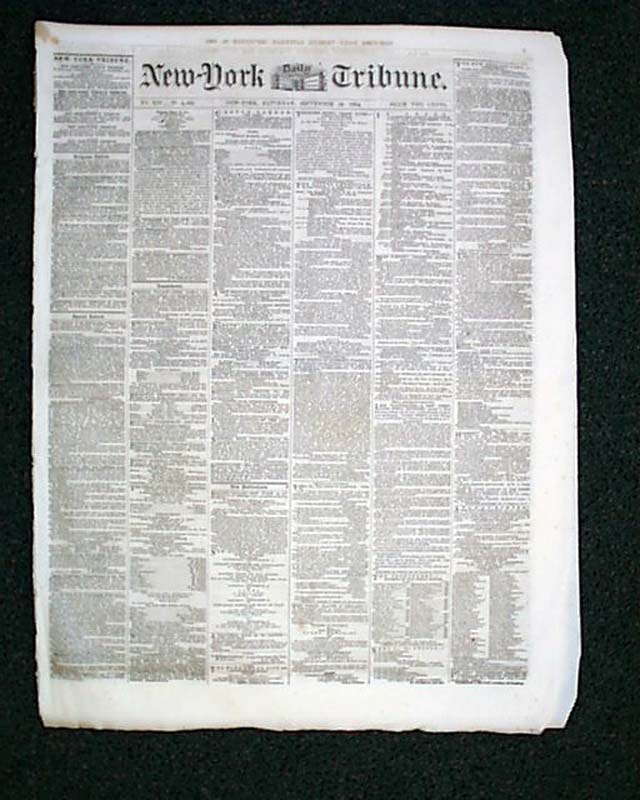