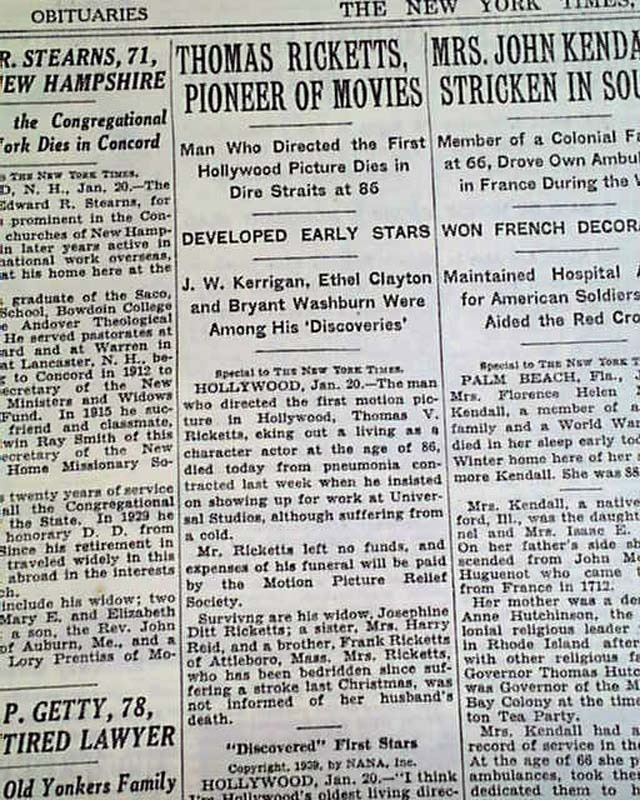 The top of page 32 has a one column heading: "THOMAS RICKETTS, PIONEER OF MOVIES" with subheads. (see) I suspect this is one of the few publications to report this particular event as other titles in our inventory do not.
Other news, sports and advertisements of the day. Complete with all 32 pages, rag edition in nice condition.

wikipedia notes: Thomas B. Ricketts (January 15, 1853 – January 19, 1939) was a London-born American stage and film actor and director who was a pioneer in the film industry. He portrayed Ebenezer Scrooge in the first American film adaptation of A Christmas Carol (1908), and directed one of the first motion pictures ever made in Hollywood. After directing scores of silent films, including the first film to be released by Universal Pictures, Ricketts became a prominent character actor.