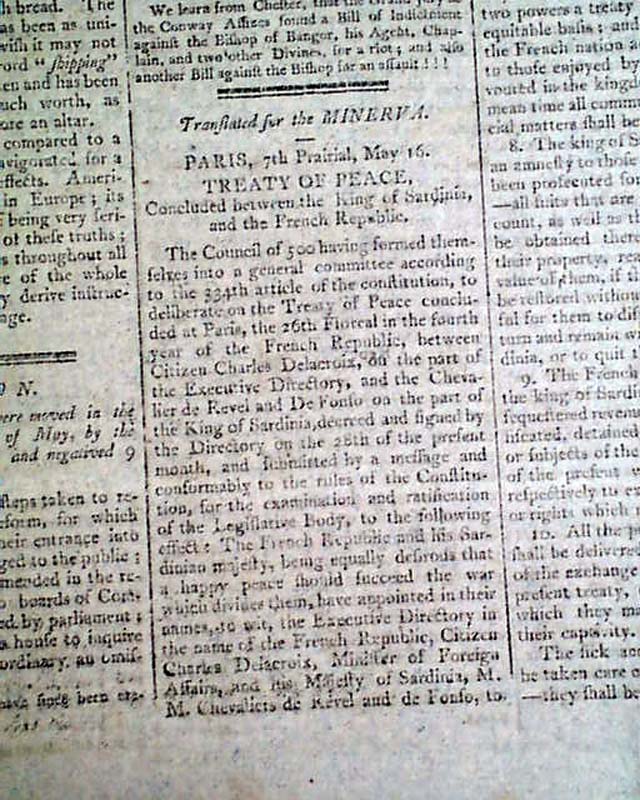 
THE HERALD: A GAZETTE FOR THE COUNTRY, New York, July 27, 1796  Much of the ftpg. is taken up with: "Treaty Of Peace, Concluded between the King of Sardinia & the French Republic" which has a related letter signed in type: Buonaparte. Inside has more on the military work of Napoleon including two more letters signed: Buonaparte.
Four pages, very nice condition.