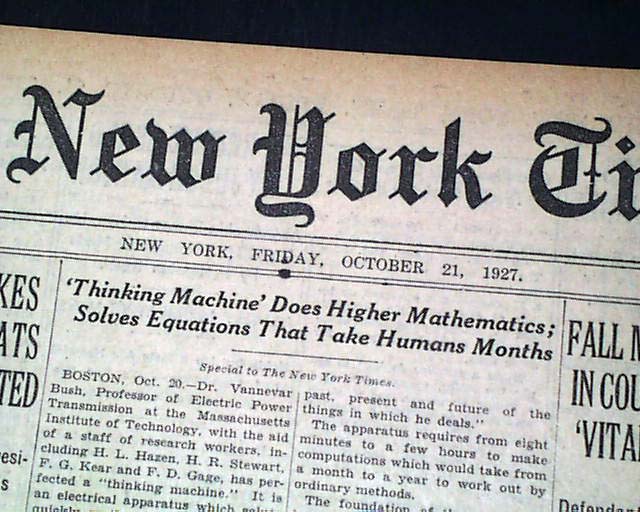 The top of the front page has a two column heading: "'Thinking Machine' Does Higher Mathematics; Solves Equations That Take Humans Months" (see) This was the differential analyser which was a very early version of a analogue computer.
Other news, sports and advertisements of the day. Complete with all 44 pages, toning along the central fold (see), a few small binding holes along the spine, generally in good condition.