Home > Back to Search Results > Battle of Fort Meigs...
Click image to enlarge 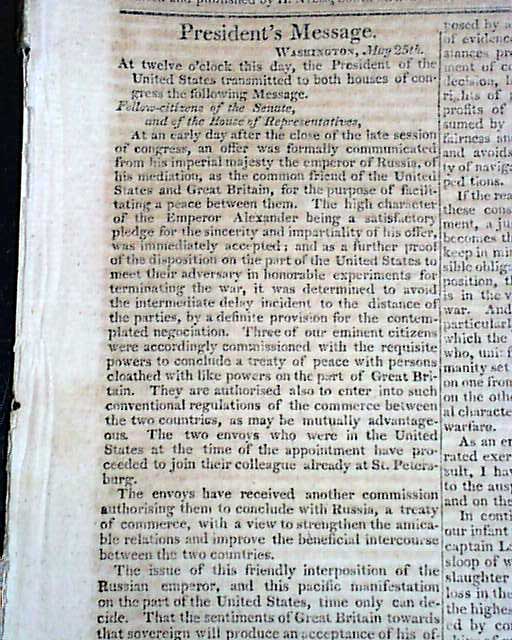 The first  two pages are taken up with the: "President's Message" signed in type: James Madison, in which he discusses much about the War of 1812. Over 4 pages are taken up with: "Events of the War" which includes a letter signed by: Wm. Henry Harrison concerning the Battle of Fort Meigs against Tecumseh. Several other reports on Fort Meigs as well.
Sixteen pages, 6 by 9 3/4 inches, very nice condition.