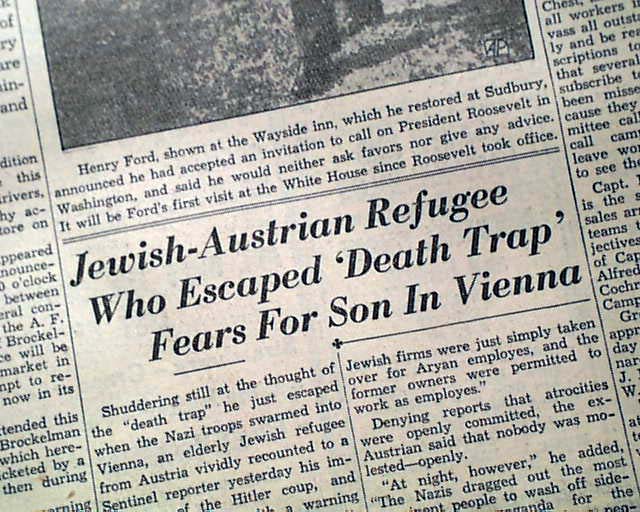 The front page has a two column heading: "Jewish-Austrian Refugee Who Escaped 'Death Trap' Fears For Son In Vienna" (see) A interesting eyewitness account of the takeover of Austria at the time it was happening.
Other news, sports and advertisements of the day. Complete with all 18 pages, light toning and minor wear at the margins, generally nice.