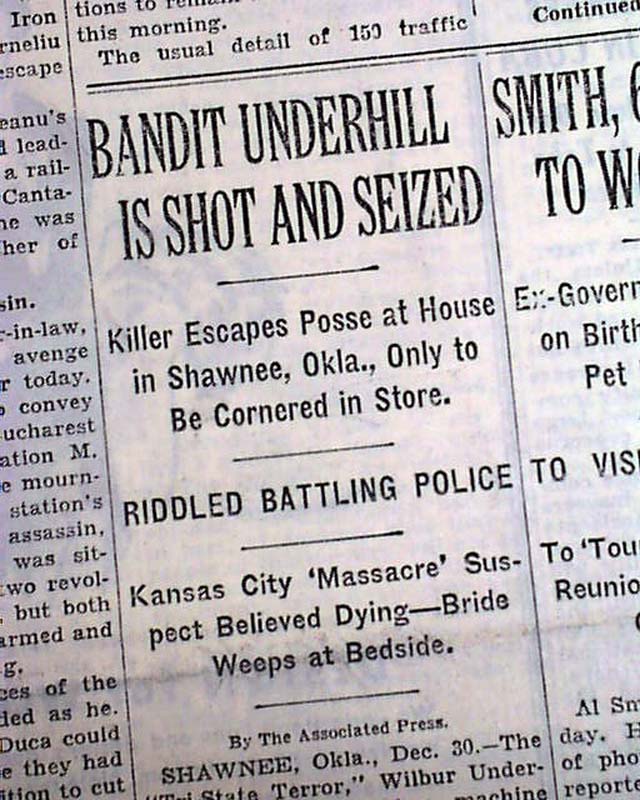 The front page has one column headings that include: "BANDIT UNDERHILL IS SHOT AND SEIZED", "Killer Escapes Posse at House in Shawnee, Okla., Only to Be Cornered in Store", "RIDDLED BATTLING POLICE" and more. Lengthy text continues on page 14. Always nice to have notable events in history reported in this World famous publication.
Other news of the day. Complete 1st section only with all 22 pages, rag edition in nice condition.

wikipedia notes: Wilbur Underhill, Jr. (March 16, 1901 – January 6, 1934), often called "Mad Dog" or the "Tri-State Terror", was an American criminal, burglar, bank robber and Depression-era outlaw. He was one of the most wanted bandits in Oklahoma during the 1920s and 30s and co-led a gang with Harvey Bailey that included many fellow Cookson Hills outlaws including Jim Clark, Ed Davis and Robert "Big Bob" Brady.