Home > Back to Search Results > On Robert E. Lee as General-in-Chief... Slaves in the war...
Click image to enlarge 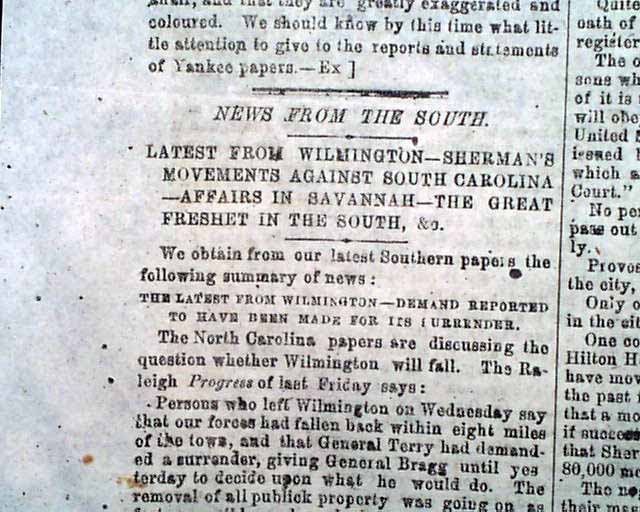 On Robert E. Lee as General-in-Chief... Slaves in the war...

* From the capital of the Confederacy
* Robert E. Lee as supreme commander

A nice newspaper from the capital of the Confederacy, and this issue is from the closing months of the war when the Confederate cause was losing much hope. The front page has an editorial beginning: "The law of Congress requiring the President to appoint a General in Chief, passed by a majority approaching unanimity...though the phrases defining the duty of the General are somewhat succinct. He shall command the armies of the Confederate States..." with more concerning the powers given this position. Further on is: "...It is commonly supposed that no other officer than General Robert E. Lee can or should be appointed to the new position. But some doubt is thrown on that supposition also..." with more (see photos). The editorial goes on to touch on other issues of the Civil War including the situation of slaves: "...The tender mercies of the wicked are cruel. It is a hideous thought to reflect upon the vast amount of agony and misery inflicted by our enemies upon those creatures, and the numbers of them that have been subjected to that misery since the war began. Probably no more than a million of slaves in the south are lost to their masters..." and much more.
Also much from: "Confederate States Congress" and "The Virginia Legislature" "The War News" "News from the South--Latest From Wilmington--Sherman's Movements Against South Carolina--Affairs in Savannah..." and more.
Complete as a single sheet newspaper with a one column masthead, typical from the South near the end of the war as newsprint became quite scarce. Slightly irregular at the bottom margin, very nice condition. 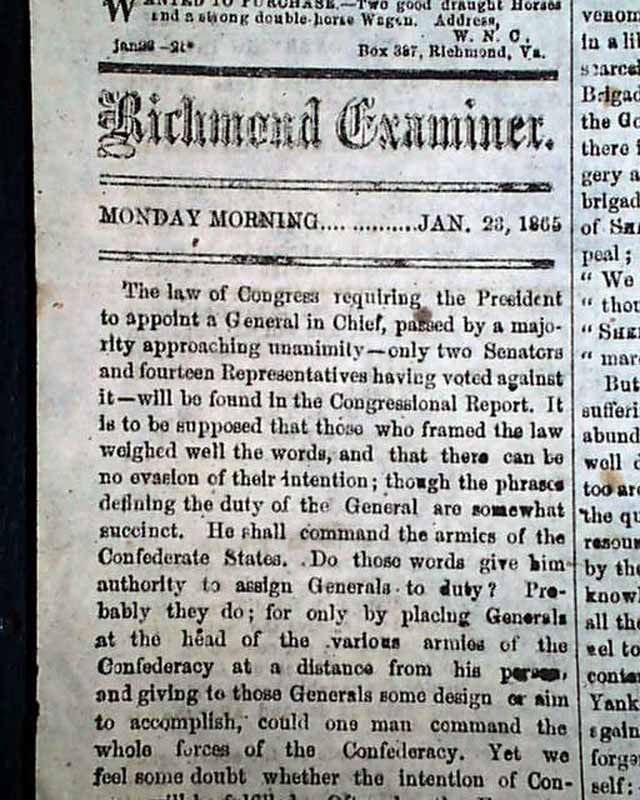 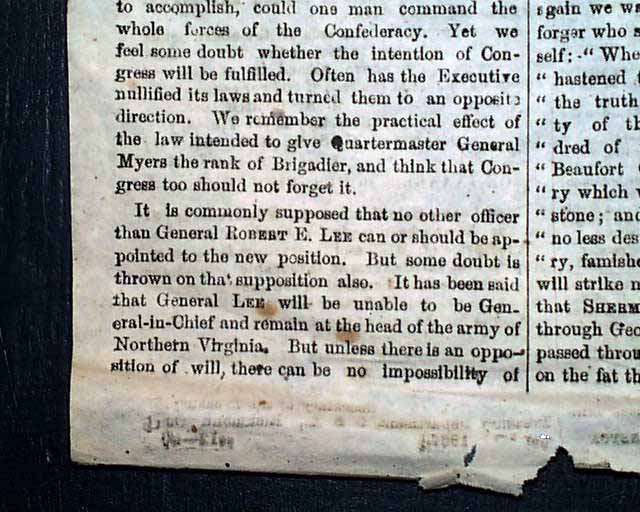 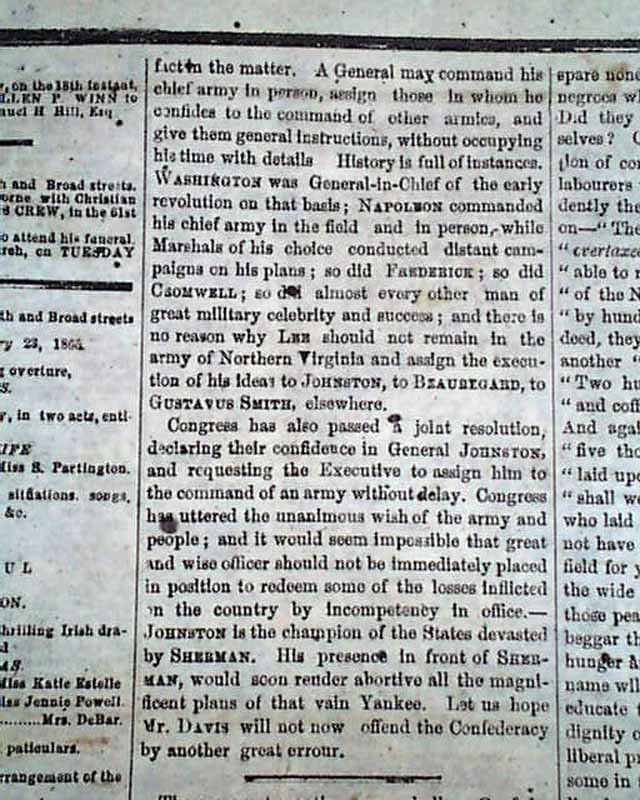 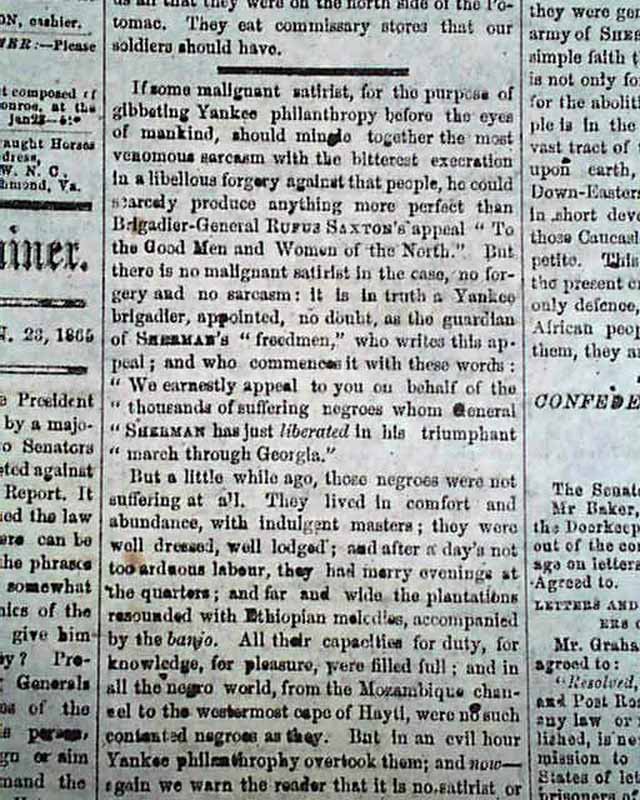 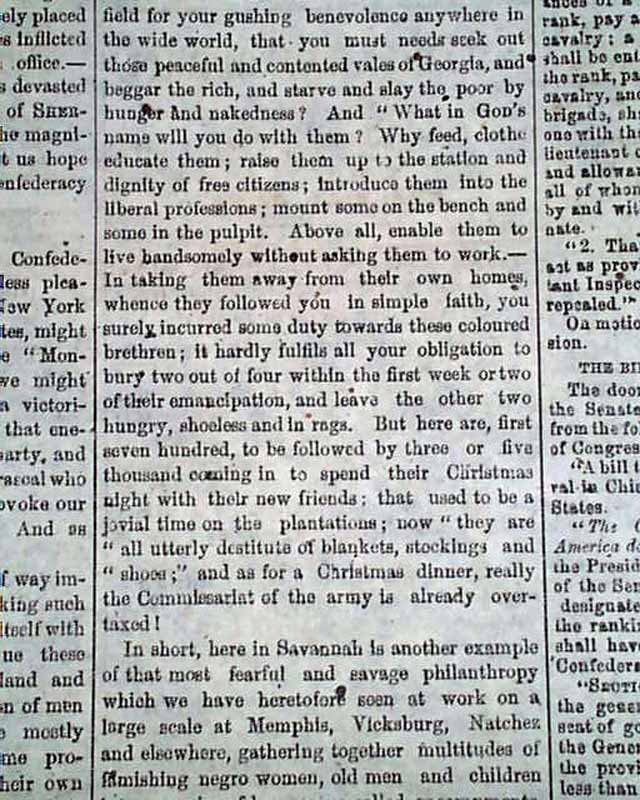 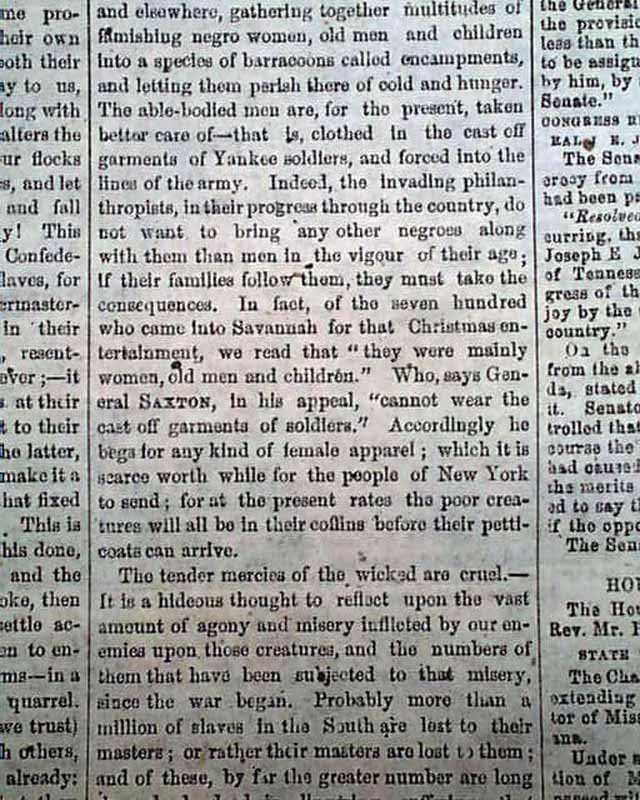 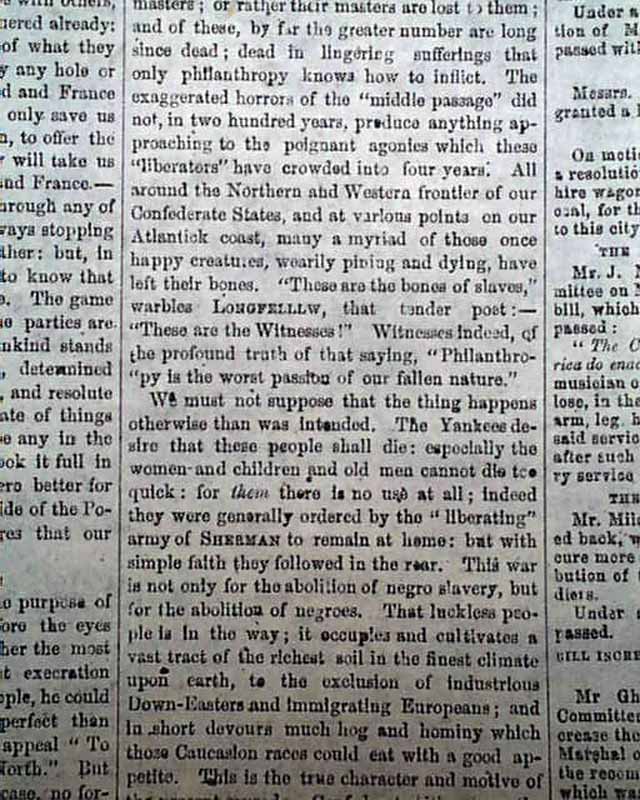 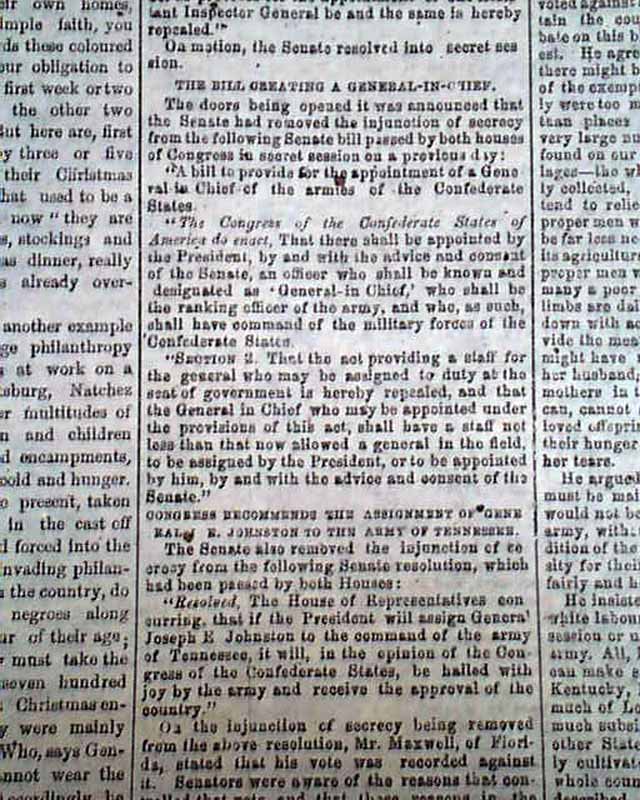 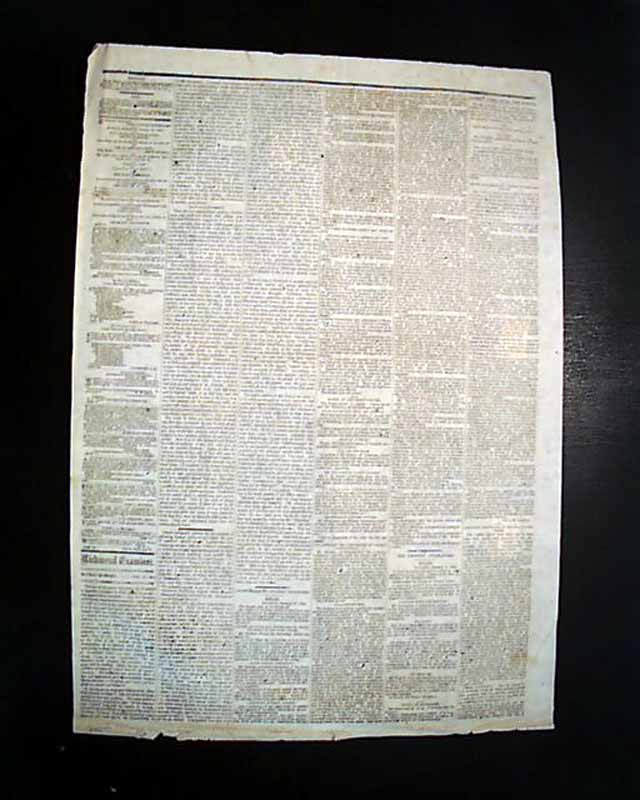 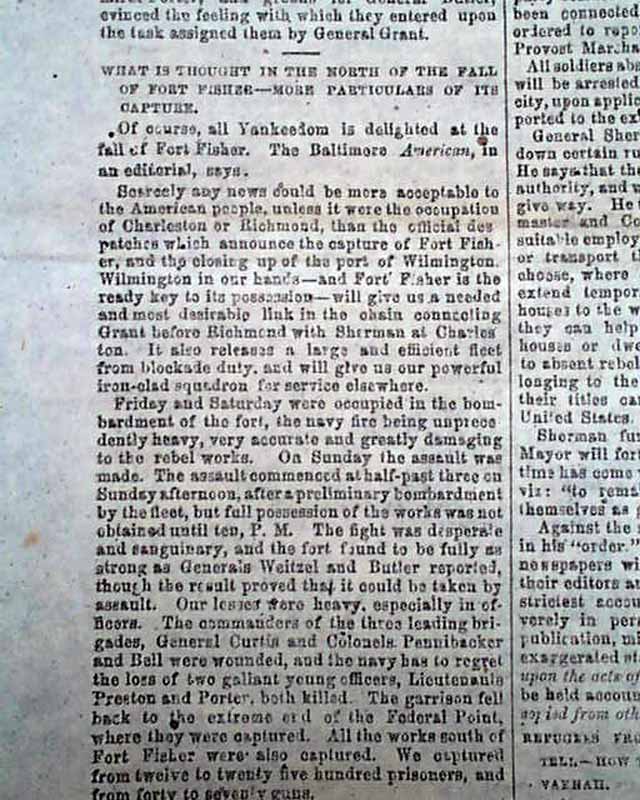 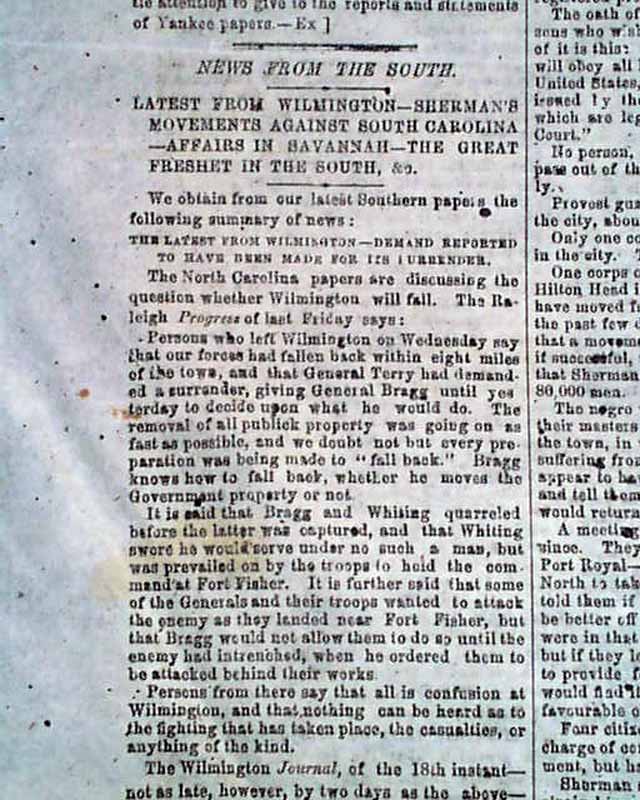 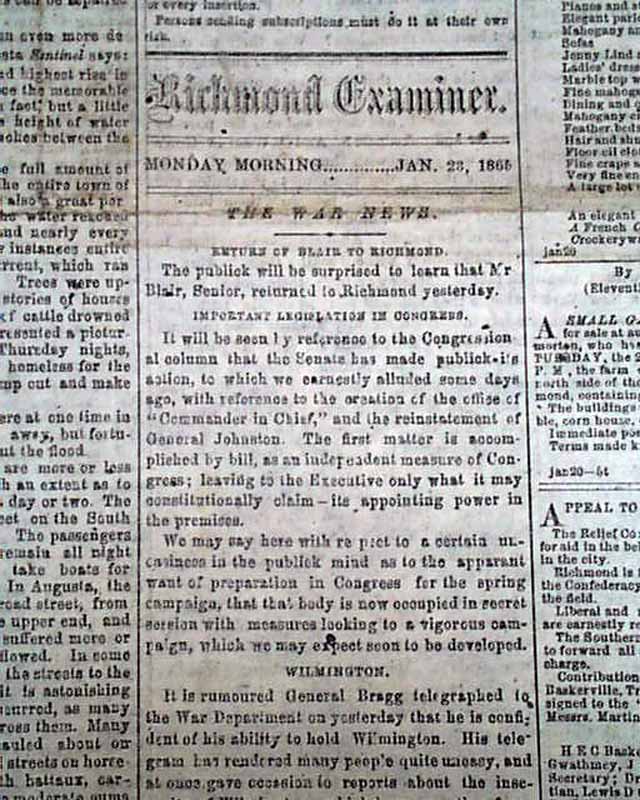