Home > Back to Search Results > Letters from Jefferson & Adams on war...
Click image to enlarge 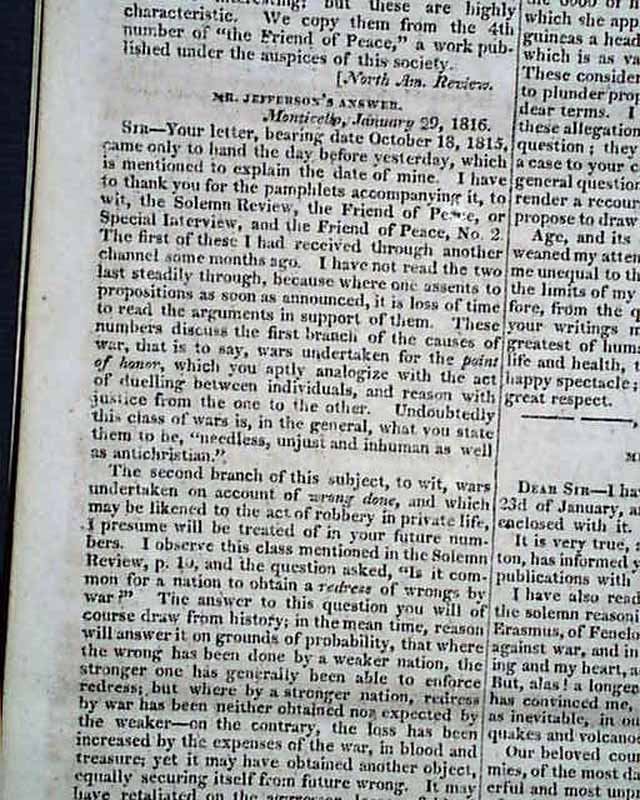 Letters from Jefferson & Adams on war...


NILES' WEEKLY REGISTER, Baltimore, July 13, 1816  Perhaps the best content in this issue is a nice full page article headed: "Peace and War" which concerns: "A society has been established in Massachusetts by some christian philanthropists to discourage war..." with most of the page taken up with the thoughts of Thomas Jefferson, signed in type by him: Thomas Jefferson; and John Adams, signed in type by him: John Adams.
Among the other reports in this issue are: "The National Jubilee" is concerning the 4th of July; "Account of Brazil" and  "Counterfeiting" and additional articles.
Complete in 16 pages, 6 by 9 3/4 inches, minor foxing, otherwise in good condition. 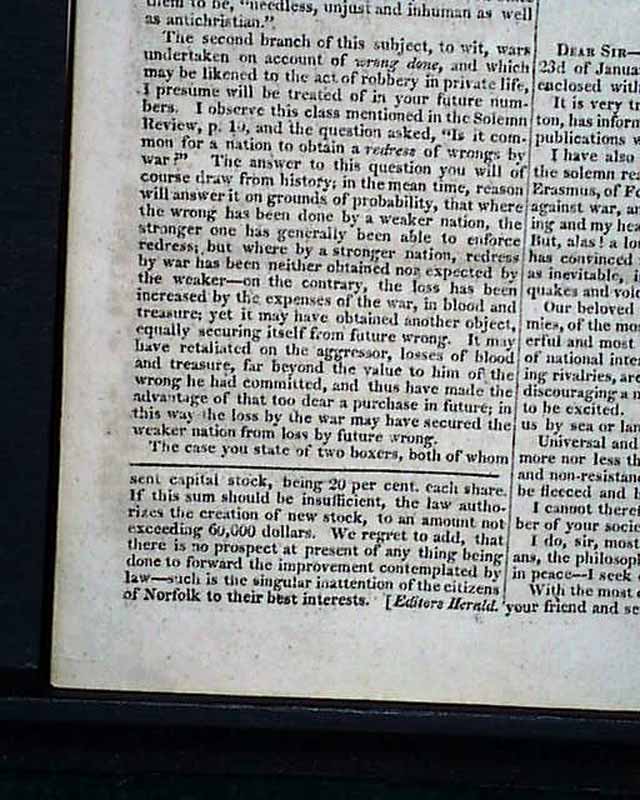 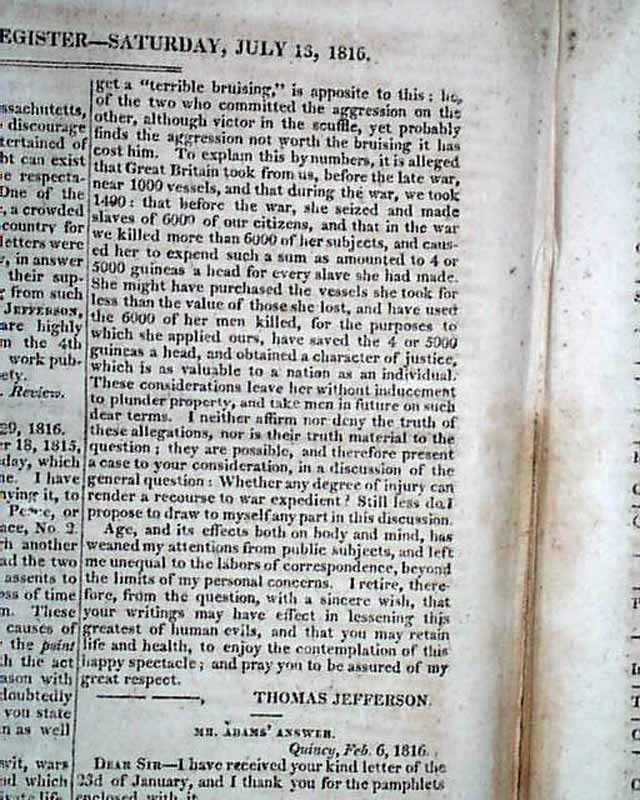 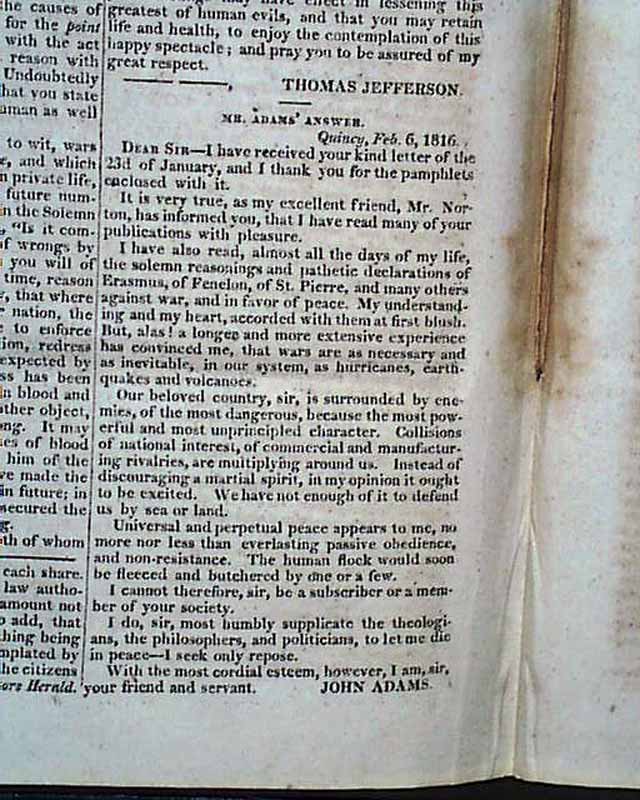 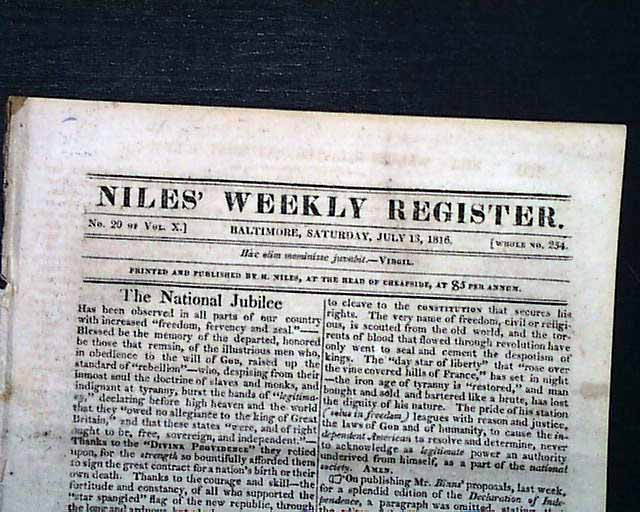 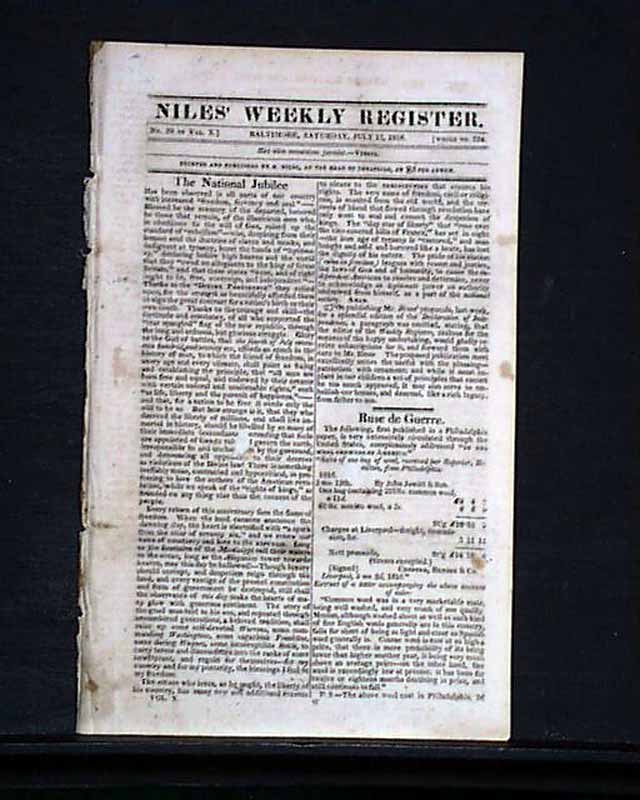