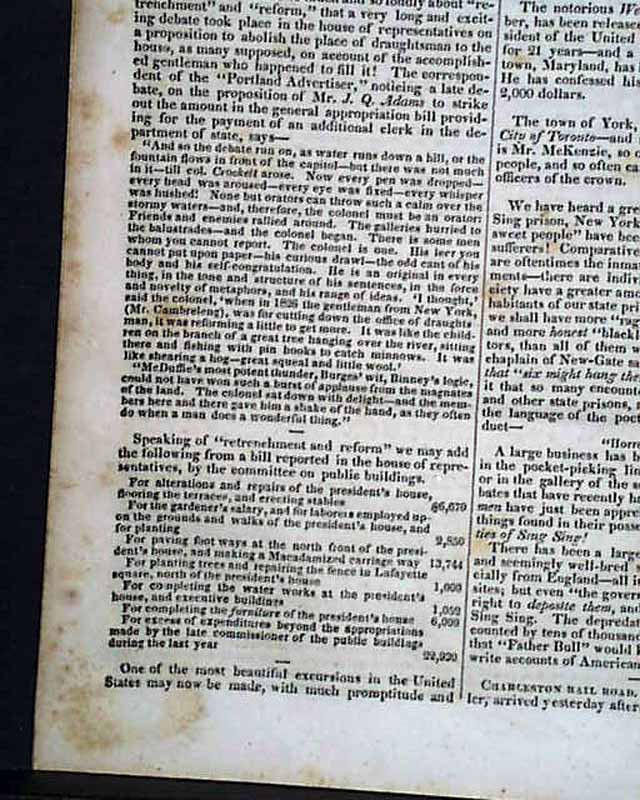 
NILES' WEEKLY REGISTER, Baltimore, May 3, 1834  An inside page has a fascinating item extolling the oratory abilities of Colonel Davy Crockett in Congress, reading in part: "...And so the debate run on, as water runs down a hill, or the fountain flows in front of the capitol--but there was not much in it--till col. Crockett arose. Now every pen was dropped--every head was aroused--every eye was fixed--every whisper was hushed! None but orators can throw such a calm over the stormy waters--and, therefore, the colonel must be an orator; Friends & enemies rallied around..." with more.
Other items in this issue include: "Steamboat Law", much reporting from Congress; a letter signed in type by: Andrew Jackson, and also a: "Letter From Mr. Clay" "Polish Exiles--At New York" and more.
Complete in 24 pages, 6 by 9 1/2 inches, lite scattered foxing, otherwise in nice condition.