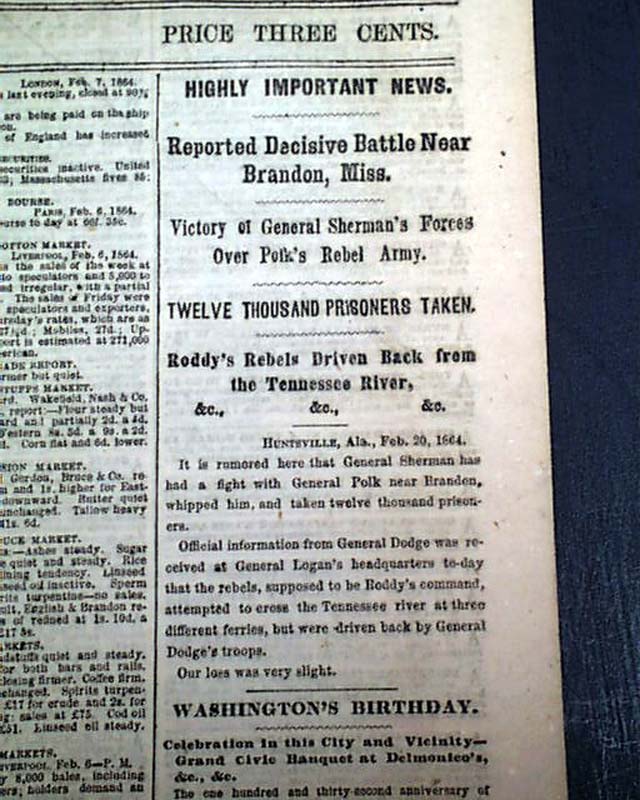 The front page has a map of a portion of Europe headed: "The War In Schleswig-Holstein. The Territorial Points Assaulted by the Germans" with related text. Also on the ftpg: "Reported Decisive Battle Near Brandon, Miss." "Victory of General Sherman's Forces Over Polk's Rebel Army" "Roddy's Rebels Driven Back from the Tennessee River" and more.
Eight pages, nice condition.