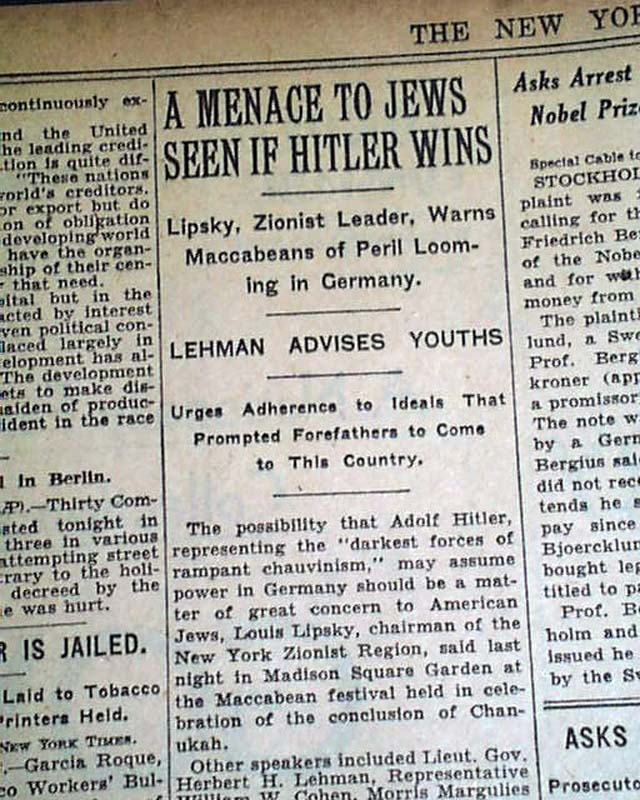 Page 16 has a one column heading: "A MENACE TO JEWS SEEN IF HITLER WINS" with subheads. (see) A early and impending warning of the eventual barbarities committed in Nazi Germany before Adolph Hitler was in power.
Other news of the day. Complete 1st section only with all 32 pages, light toning and minor wear at the margins, generally in very nice condition.