Home > Back to Search Results > Rebuilding the Capitol building...
Click image to enlarge 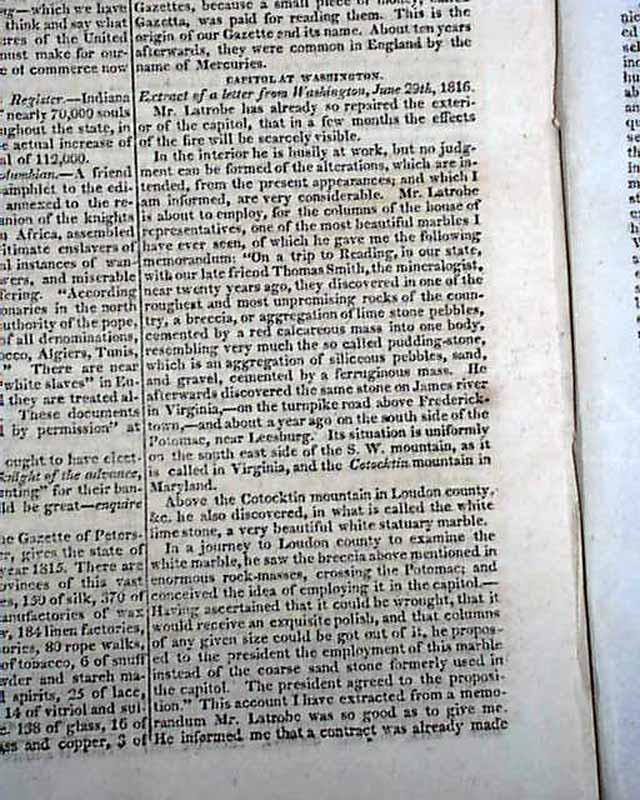 Inside has a nearly half page article: "Capitol At Washington" which is a letter from Washington concerning the rebuilding of the Capitol after its destruction by fire during the War of 1812. Some fine, descriptive discussion on the work of Benjamin Latrobe, the architect, and the efforts in finding the appropriate marble for various columns, etc. It begins:  "Mr. Latrobe has already so repaired the exterior of the capitol that in a few months the effects of the fire will be scarcely visible...".
Sixteen pages, 6 by 9 inches, very nice condition.