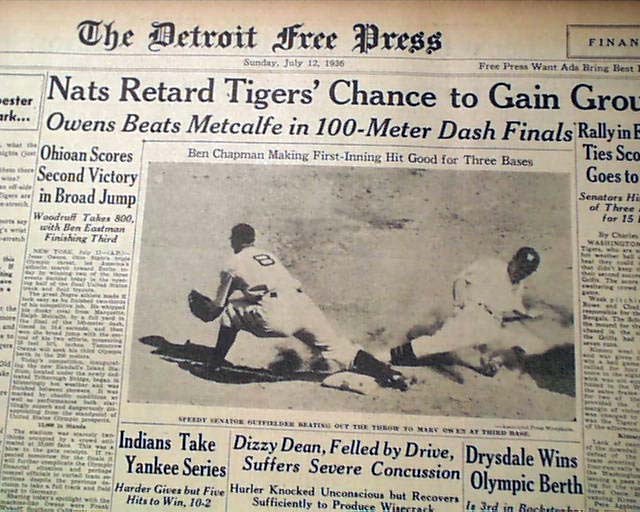 The front of this section has a five column headline: "Owens Beats Metcalfe in 100-Meter Dash Finals" with subheads and related photo. (see) The Olympics would begin just a few weeks later.
A sidebar to the Olympic games was Adolph Hitler's refusal to acknowledge the achievements of the African-American athletes, not surprising given his belief that only his superior German Aryan race would dominate at the games.
Other sporting news of the day. Complete sport's section only with all 14 pages, light toning and minor wear at the margins, good condition. 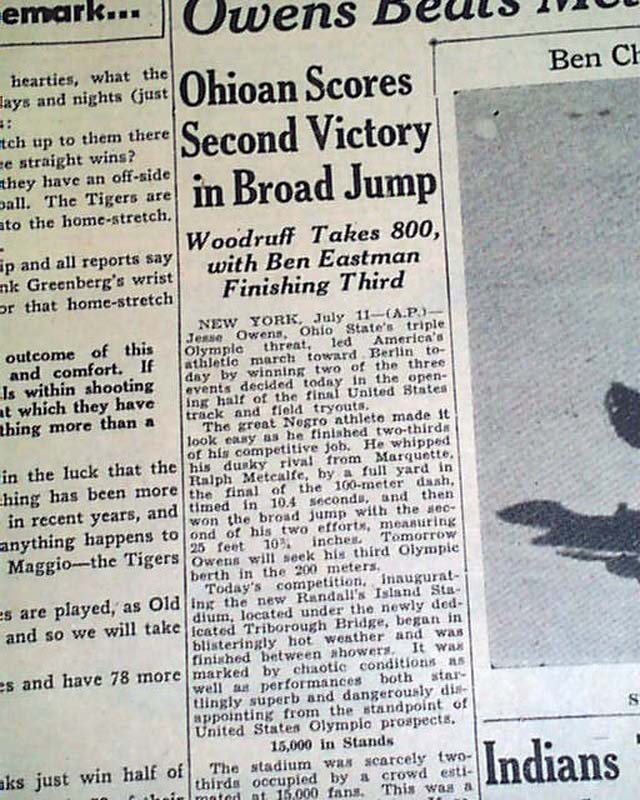 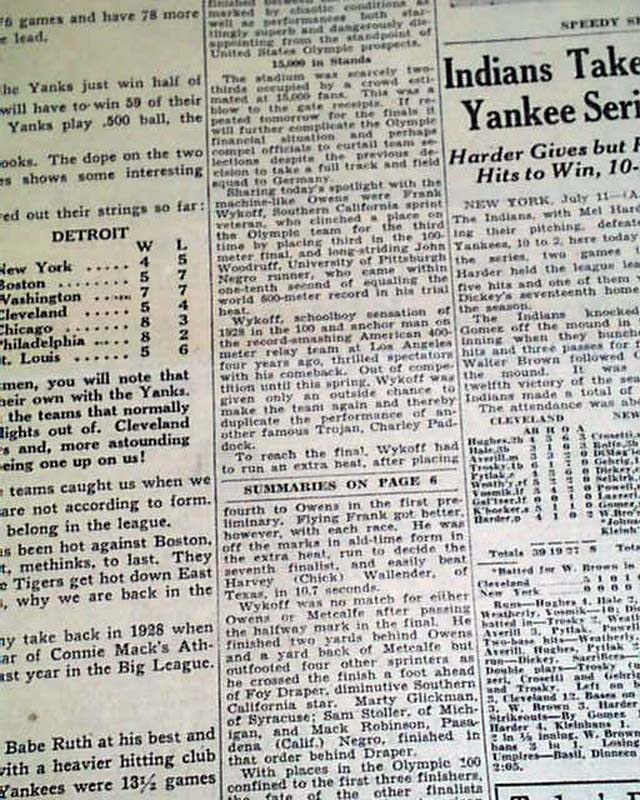 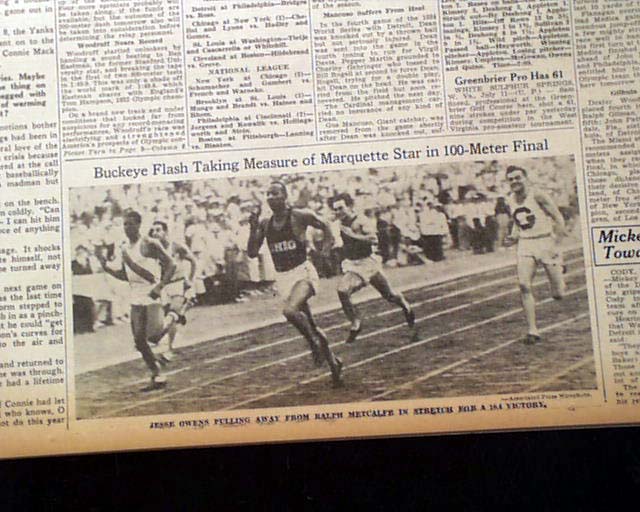 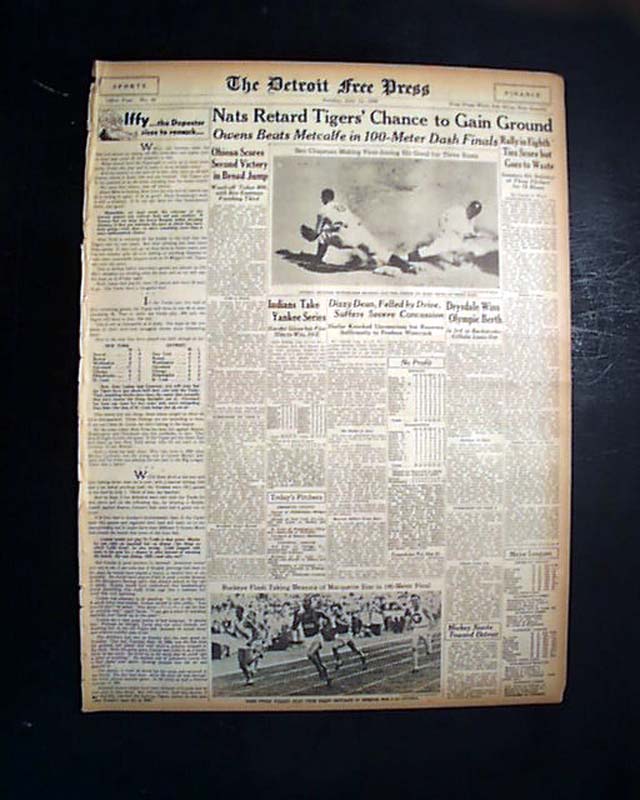 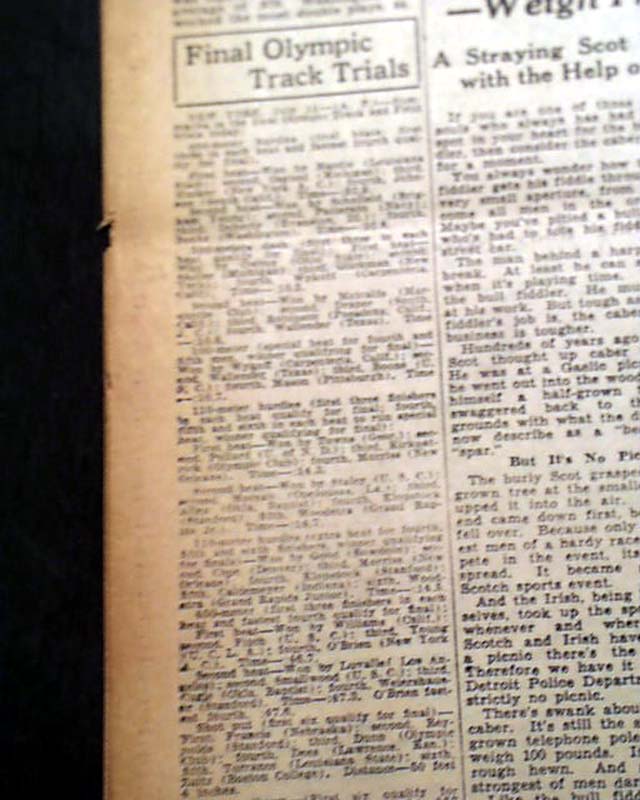