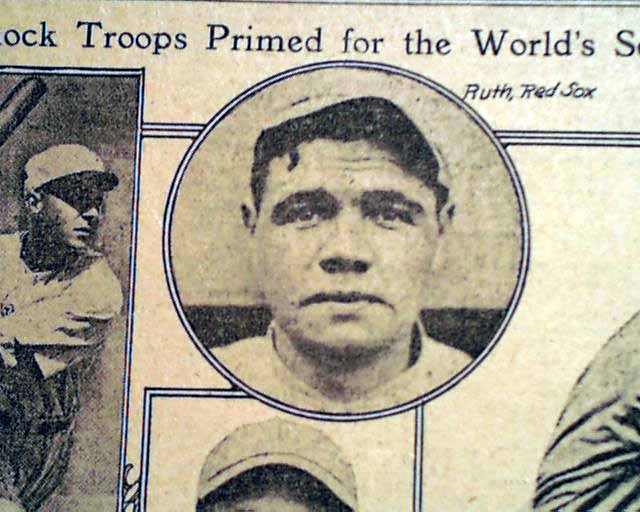 Photo of Babe Ruth as a Red Sox player...


NEW YORK TIMES, Sept. 1, 1918  Page 4 has a very nice montage of photos headed: "The Two Rival Managers & Their Shock Troops Primed for the World's Series Clash This Week", featuring players of the Cubs and Red Sox. Among the photos is one of Babe Ruth, then playing in his next-to-last year as a Red Sox team member as he would be traded to the Yankees in December, 1919, one of the more controversial trades in all of baseball history. There is also reporting on the Boston Red Sox winning the pennant race, with mention of Babe Ruth (see).
The complete issue, the front page is rather damaged with tears, old tape mends, some loss, with other leaves having some minor damage. Fortunately the page with the Ruth content is quite nice, and could be displayed by itself (see). Mostly loose at the spine. 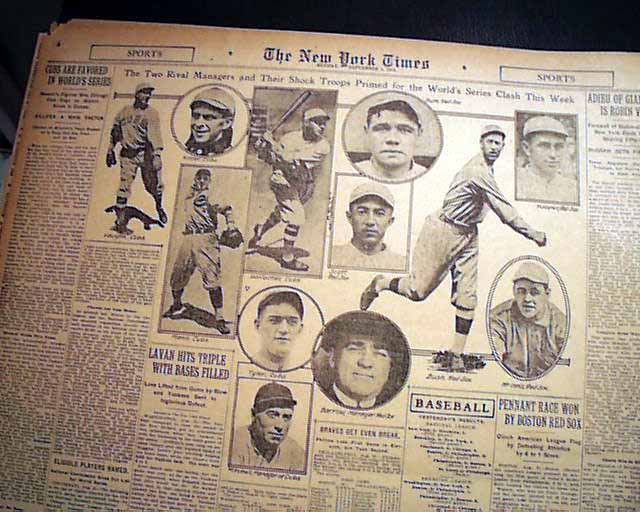 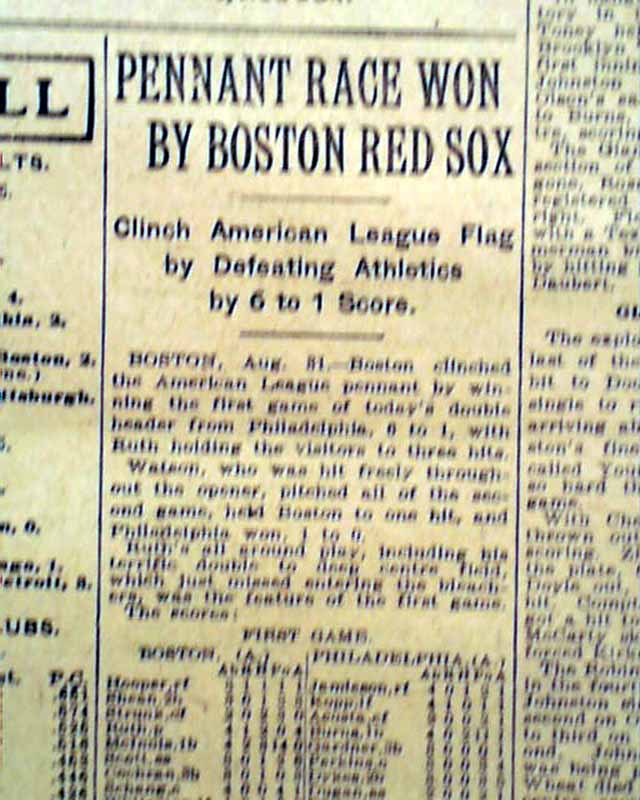 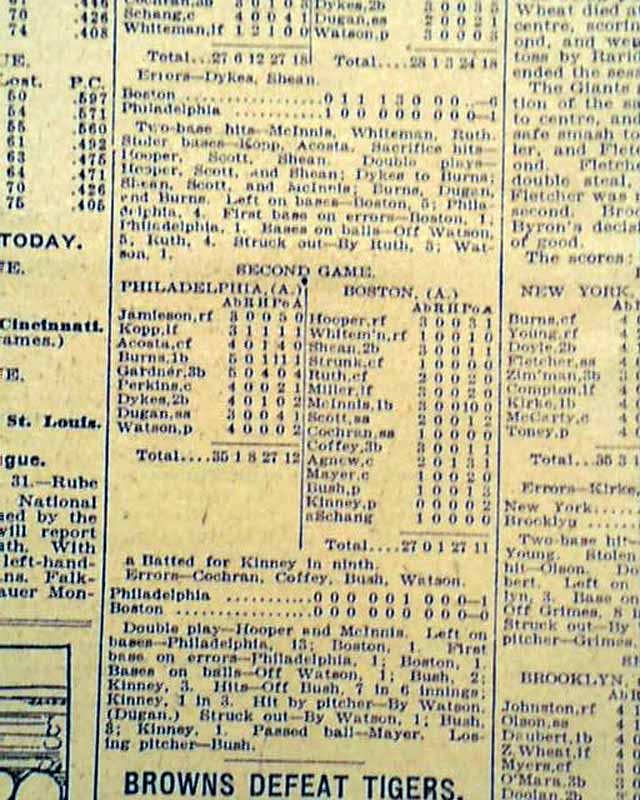 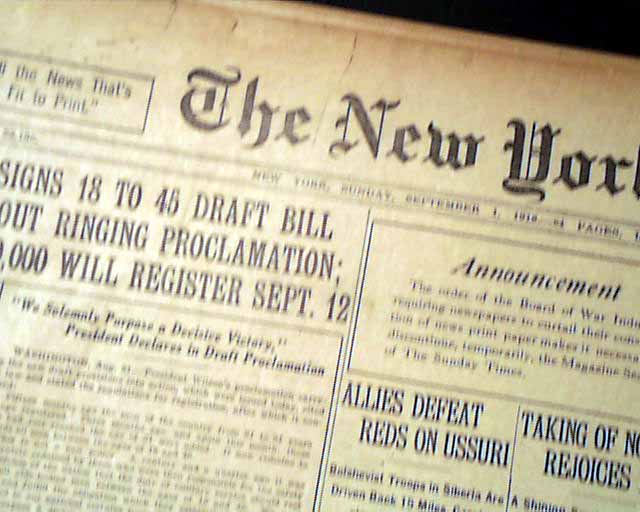 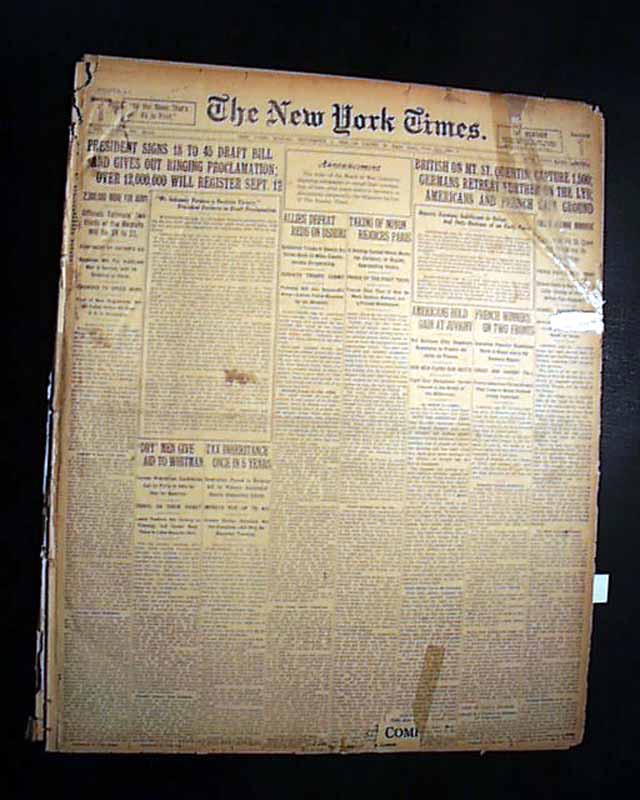