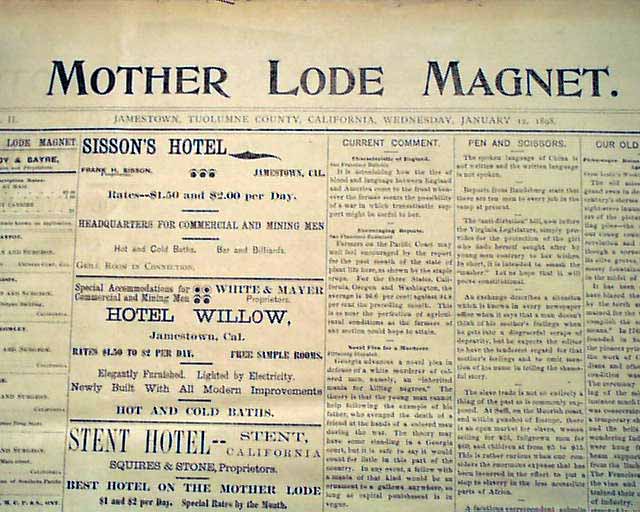 What could be a better name for a mining town newspaper than this one? Jamestown figured prominently in two gold rush eras, the first from 1848 to the early 1850's during the great rush precipitated by the gold at Sutter's Mill, and then again in the latter part of the 19th century when new methods were available to extract gold from the huge quartz deposits. It was in 1898 when the first steam railroad came to the area. Today they have a tourism-based economy for the 3000+ residents.
On the front page are: "Our Old Missions - Picturesque Ruins of These Civilizing Agencies" "Mrs. Langtry's Nevada Ranch" which is concerning the famed Lily Langtry; and "A Road to Yosemite". Inside has various items of local interest, as well as an item on the Mormons.
Complete in 4 pages, archivally rejoined at the spine, generally nice condition.