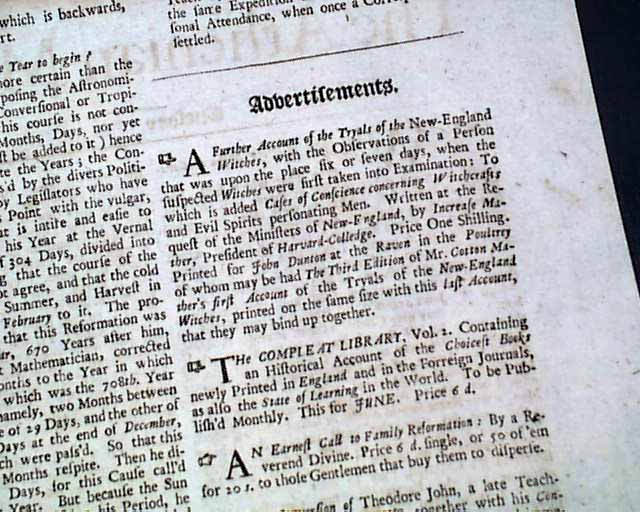 The back page has an advertisement for the book on the witchcraft trials in New England, beginning: "A Further Account of the Tryals of the New-England Witches, with the Observations of a person that was upon the place six or seven days, when the suspected Witches were first taken into examination: To which is added Cases of Conscience concerning Witchcraft and Evil Spirits Personating Men. Written at the request of the ministers of New-England by Increase Mather, President of Harvard-College..." with a bit more detail (see).
This is the only periodical we have ever seen with any reference to the famous witch trials at Salem, Massachusetts, as the London Gazette made no mention of the trials or the executions.
Complete as a single sheet issue, 7 3/4 by 12 1/4 inches, good condition.