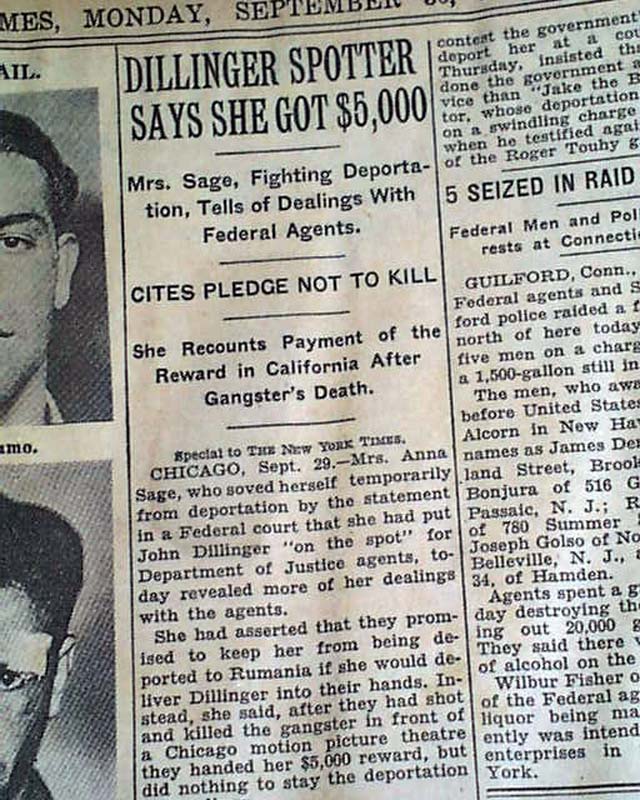 The top of page 18 has a one column heading: "DILLINGER SPOTTER SAYS SHE GOT $5,000" with subheads. (see)
Other news, sports and advertisements of the day. Complete in 38 pages, light toning with some margin wear, generally good.