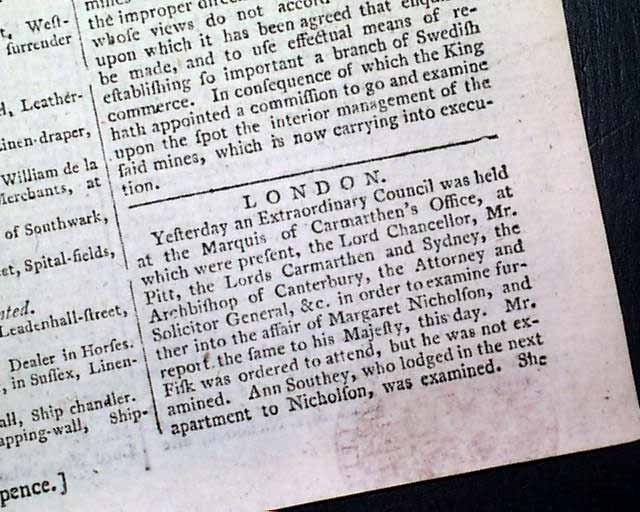 Beginning on the front page & taking over a column on pg. 2 is a nice account of the attempted assassination of King George III by Margaret Nicholson, an event which received much attention at the time, in fact Wikipedia has a nice account on her. Part of the report notes: "...The knife that was struck at his Majesty's breast was a desert knife, worn very plain...much sharpened...It struck against his Majesty's  waistcoat & made a little cut...Had not his Majesty shrunk in his side the blow must have been fatal!..." with more (see ). See also our item 550221 which includes a contemporary print of the assassination attempt.
Page 4 has over a column of: "American News" which includes content concerning Indian land.
Eight pages, very nice, clean condition.