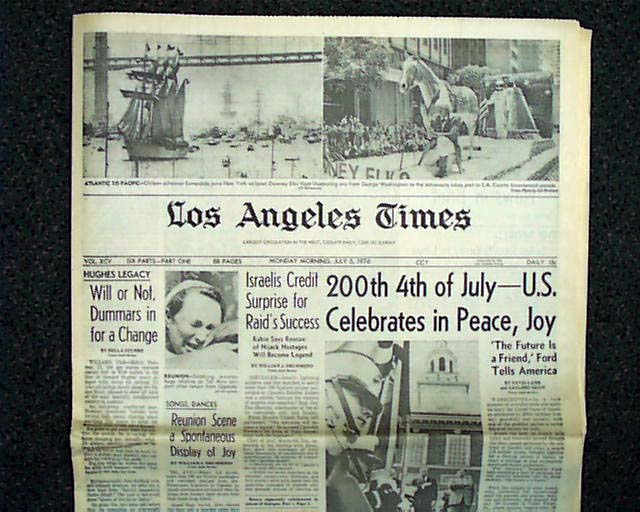 A terrific issue on the celebration of the Bicentennial of The United States. The front page has several photos, including a banner photo split between an a shot showing the tall ships in the New York Harbor, and another showing a parade Los Angeles County parade featuring astronauts, depicting the theme of the coast to coast celebration - contrasting the past and the present through the progress in transportation (or perhaps this was accidental). Additional related articles and photos are found throughout.

The issue is believed to be complete, but is being offered for the Bicentennial content. Good condition.