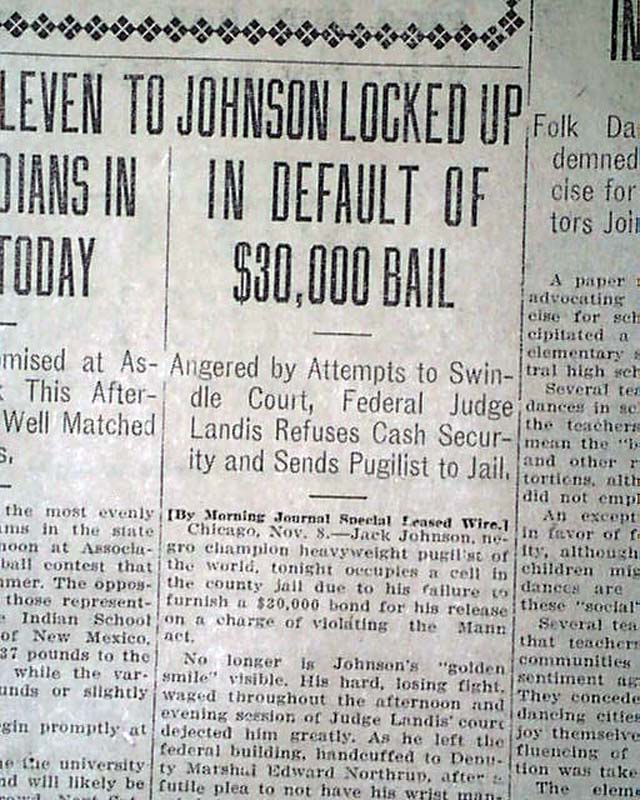 Page 3 has: "JACK JOHNSON LOCKED UP IN DEFAULT OF $30,000 BAIL," with related article which tells of his arrested for allegedly violating the Mann Act due to his supposed "influence" over Lucile Cameron - who would later become his wife. The subhead reads: "Angered by Attempts to Swindle Court, Federal Judge Landis Refuses Cash Security and Sends Pugilist to Jail." Much text to follow, including Jack Johnson's plea to his attorneys: "Give cash bond in any amount, but for goodness sake keep me out of jail." Although offered, his willingness to pay cash was denied by the judge.
History would show the arrest to have been racially motivated. In time he would be convicted of similar actions, and serve time in prison. In 2018 he received a full, posthumous pardon from President Donald Trump.
Other news, sports and advertisements of the day are found throughout.
Complete in 20 pages, light browning, some margin wear and chipping. Must be handled with care.