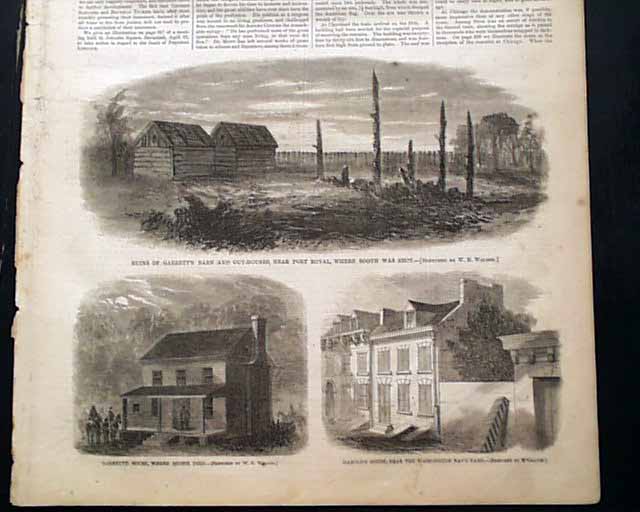 
HARPER'S WEEKLY, New York, May 20, 1865  The front page has an article: "The Assassination" and another "President Lincoln's Funeral" and also includes illustrations of: "Ruins of Garrett's Barn...Where Booth Was Shot: and "Garrett's House, Where Booth Died" and: "Harold's House, Near the Washington Navy-Yard".
Inside has a full page print: "President Lincoln's Funeral--Reception Of the Remains at Chicago, Illinois", and two half page prints: "President Lincoln's Funeral--Building Erected for the Reception of His Remains at Cleveland, Ohio" & "...the Catafalque at the City Hall, Chicago".
Other prints within include; "President Lincoln's Former Home at Springfield, Illinois" "Explosion of the Steamer 'Sultana', April 28, 1865" "The Late Valentine Mott" "...Memorial Arch Erected at Sing Sing" "Meeting of Citizens at Johnson Square, Savannah" "Burning of the Rebel Ram Webb, Below New Orleans".
The doublepage centerfold features two prints by famed artist Thomas Nast titled 'Palm Sunday', one featuring 'The Savior's Entry Into Jerusalem' and the other 'The Surrender of Gen. Lee and His Army to Lieut. Gen. Grant' "
Articles within include: "The Assassination Plot" "The Blacks and the Ballot" "President Lincoln's Old Home" and more.
The back page includes a cartoon: "The Return Home".
Sixteen pages, good condition. 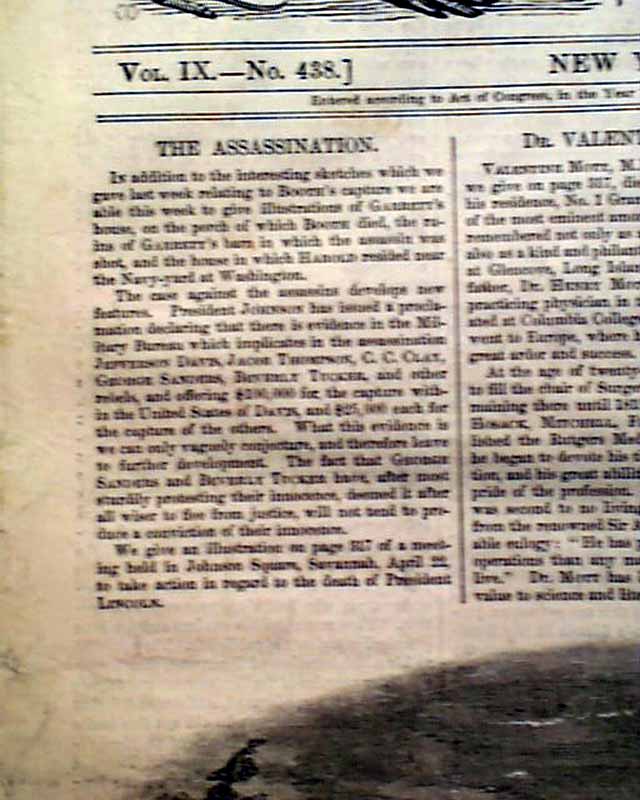 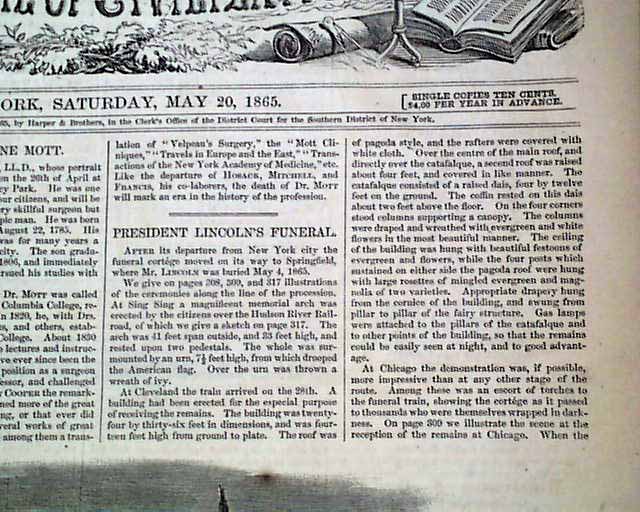 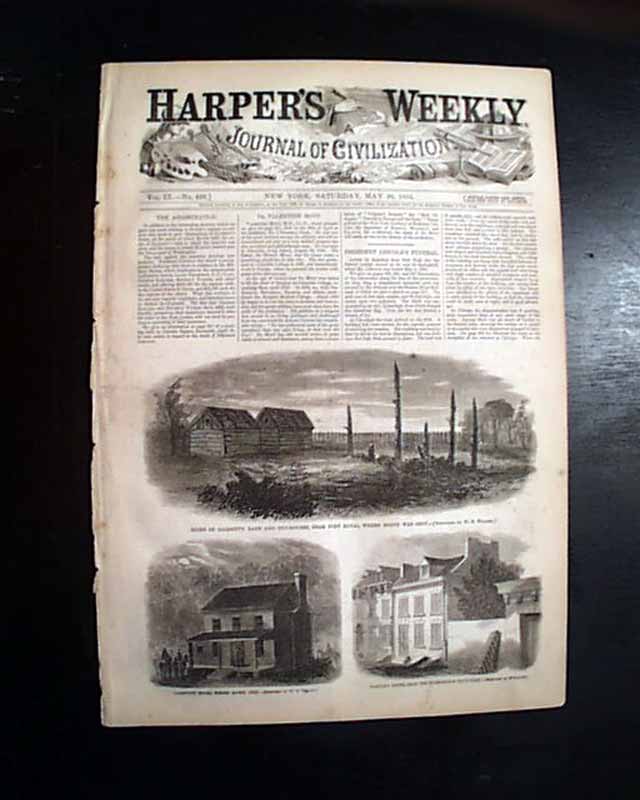 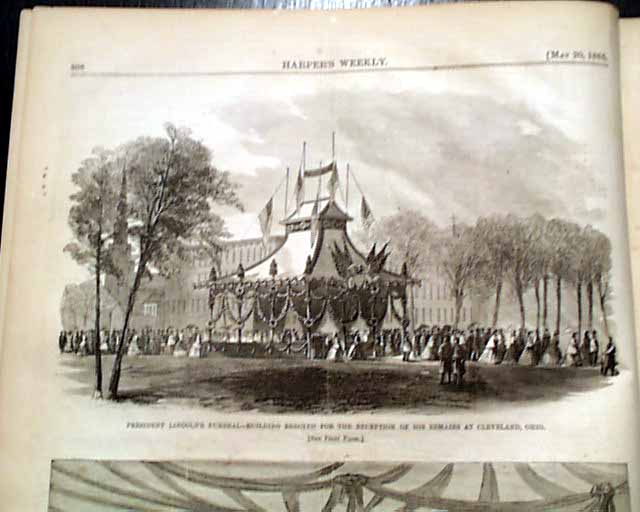 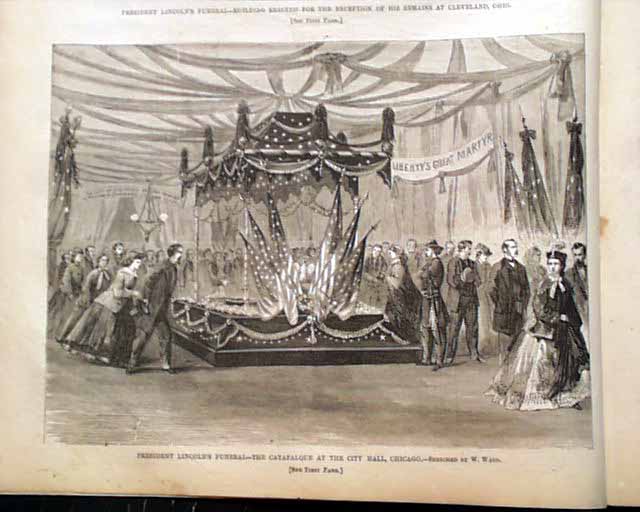 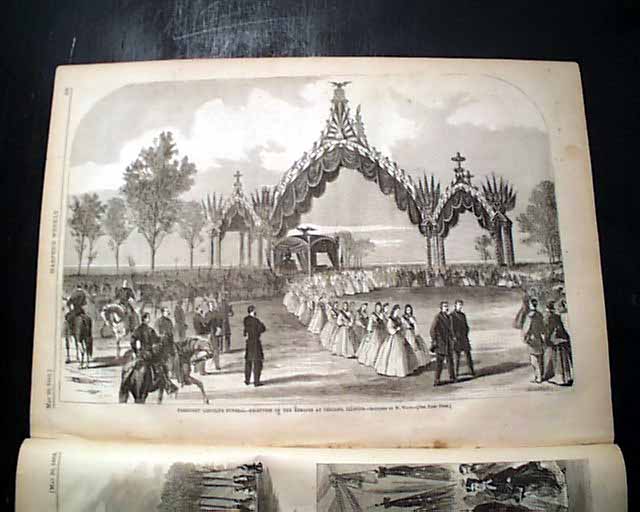 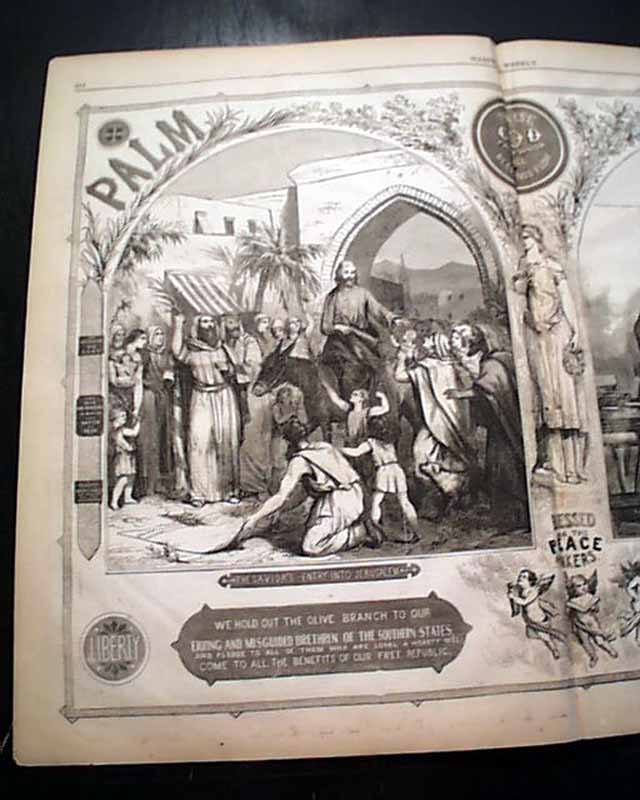 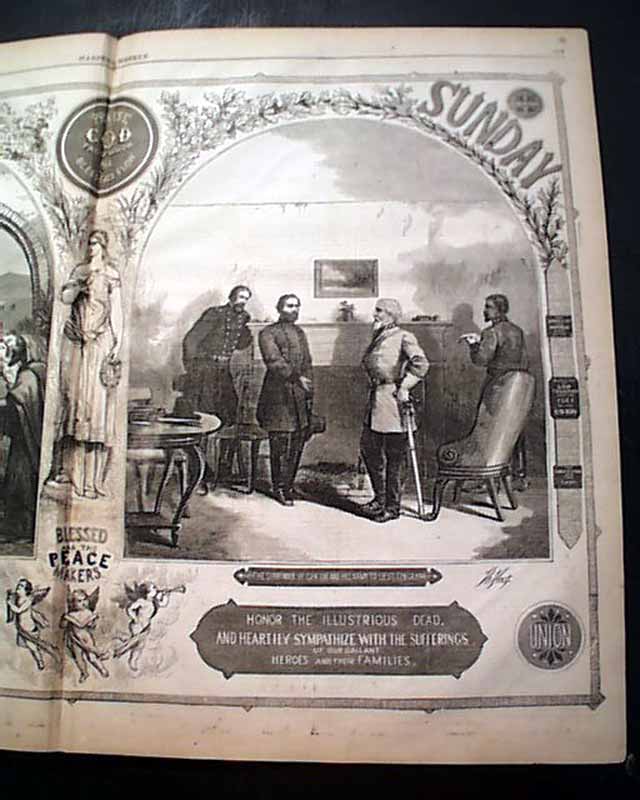 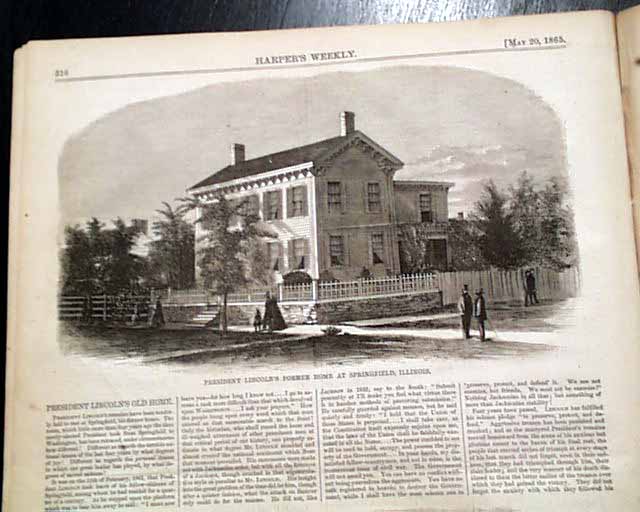 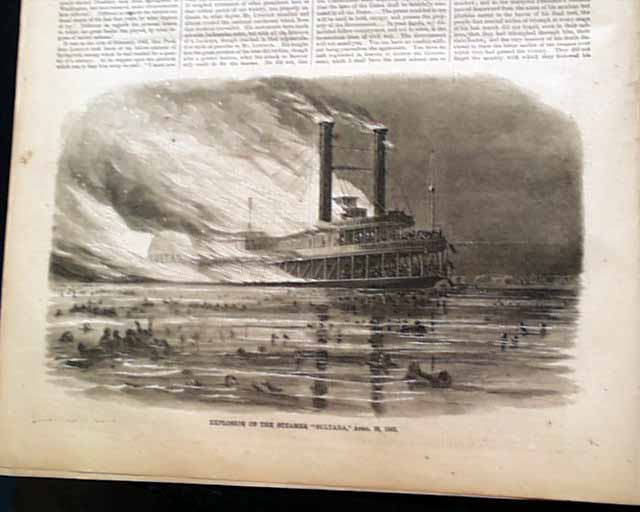 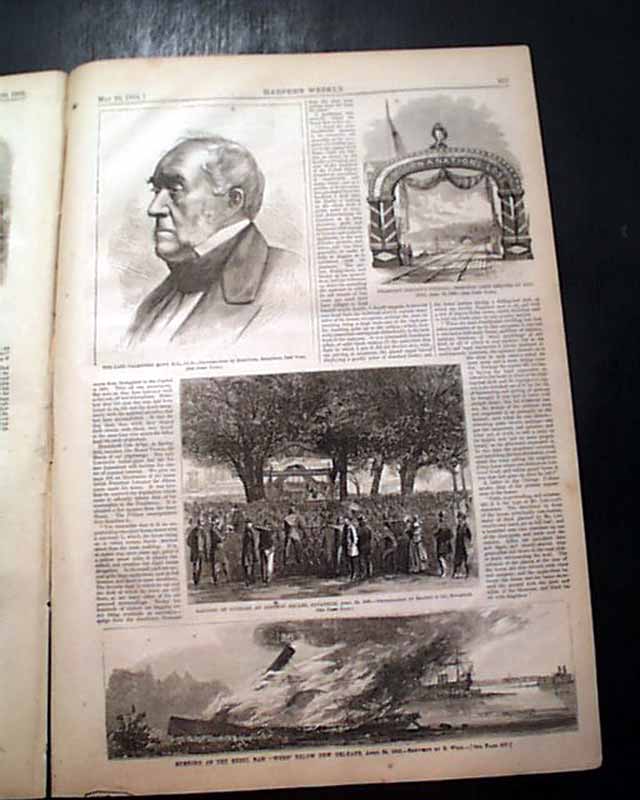