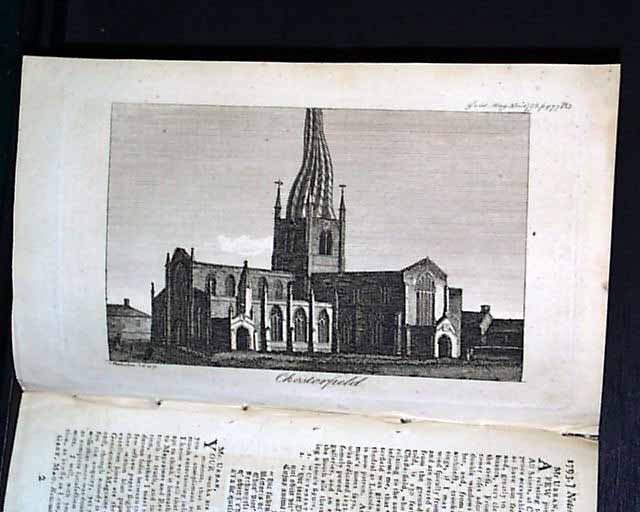 Item # 652448 THE GENTLEMAN'S MAGAZINE, England, November, 1793  Although there is a wide range of interesting articles in the body of this issue, certainly the most significant is one of the more inconspicuous, being the announcement of the death of John Hancock.  Perhaps it is not unexpected that the death of this notable person, who had been such a thorn in the side of England during the years immediately preceding and during the Revolutionary War would be given such trivial notice in this magazine.
The report comes under the heading: "Deaths" and reads, amongst many others, "At Boston, in New England, aged 57, his Excellency John Hancock, governor and commander in chief of that commonwealth. The same day the sheriff of the county publicly declared his Honour Samuel Adams, esq. Lieutenant-governor, to be his successor."
Of interest but of less significance is the announcement of the death by guillotine of Louis Philippe, Duke of Orleans, a member of the French royal family and a proponent of the French Revolution, but nonetheless was beheaded during the Reign of Terror.
There is a very brief item under "America" announcing: "A dreadful pestilential distemper broke out in Philadelphia...which swept off some thousands of the unfortunate inhabitants..." which was the Yellow Fever.
Included are both full page plates called for.
Complete in 96 pages, full title/contents page with an engraving of St. John's Gate, 5 1/4 by 8 1/2 inches, very nice condition. 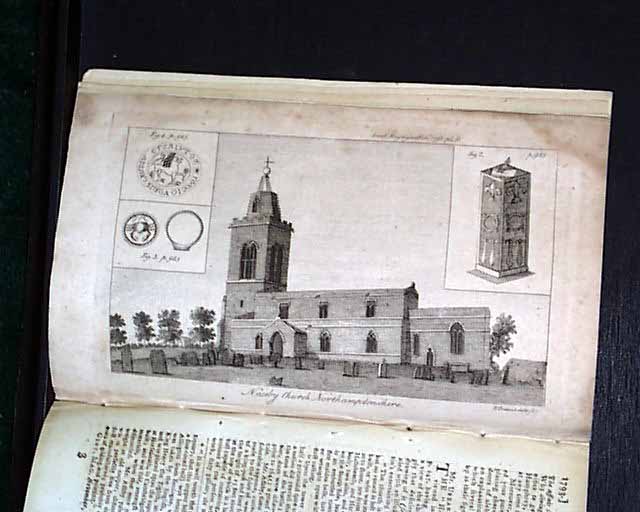 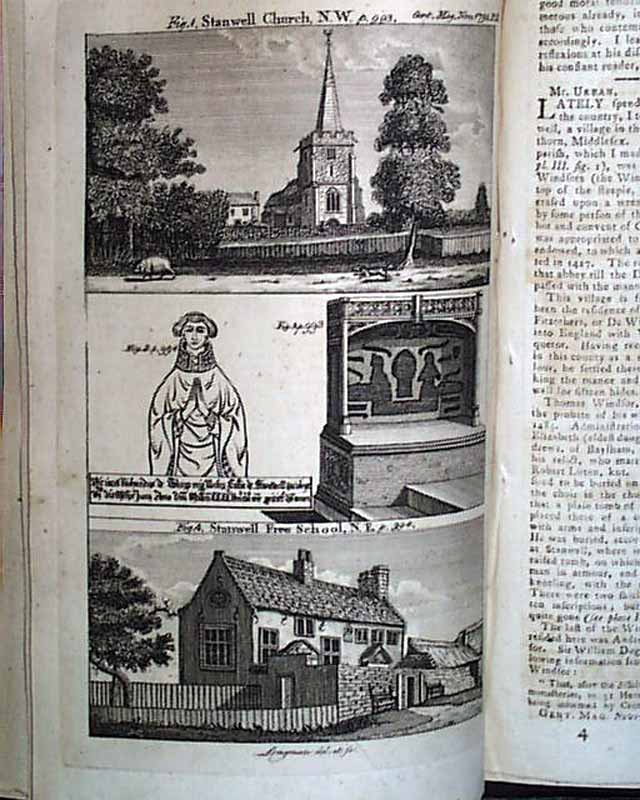 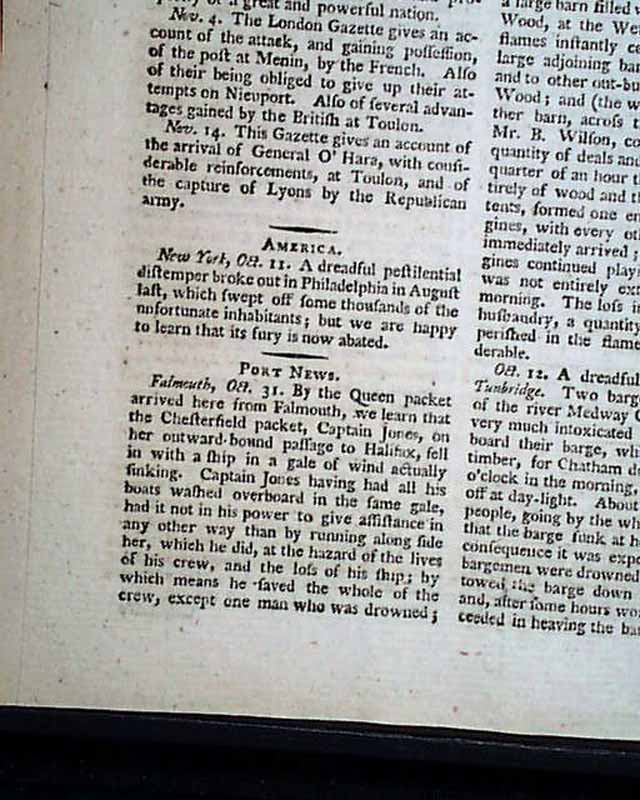 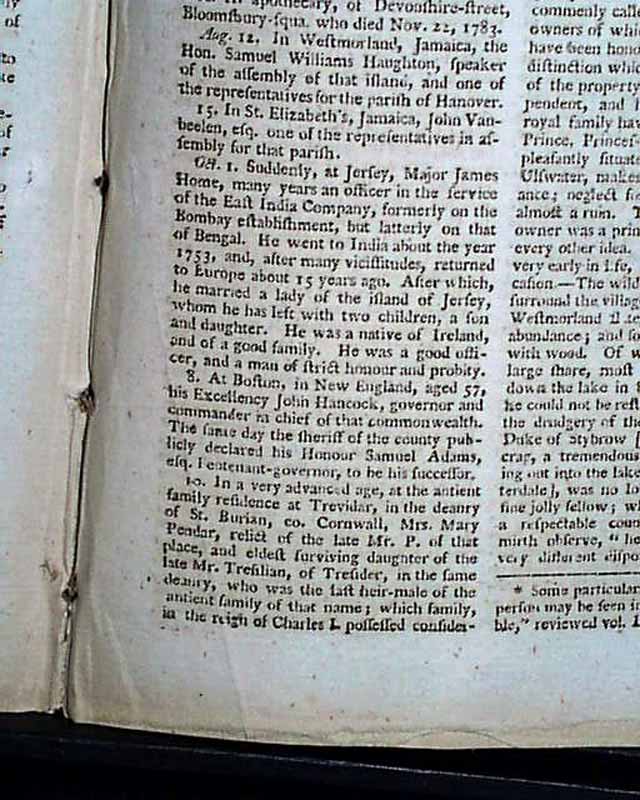 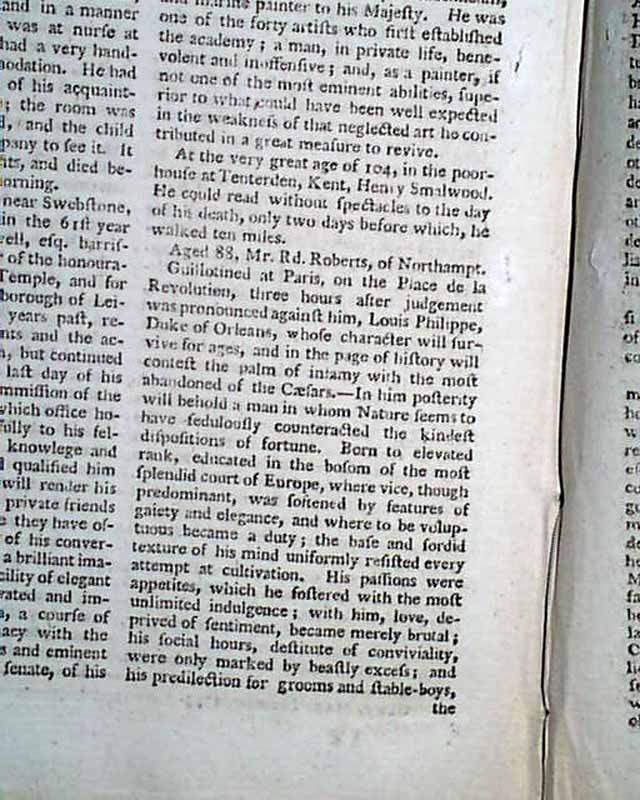 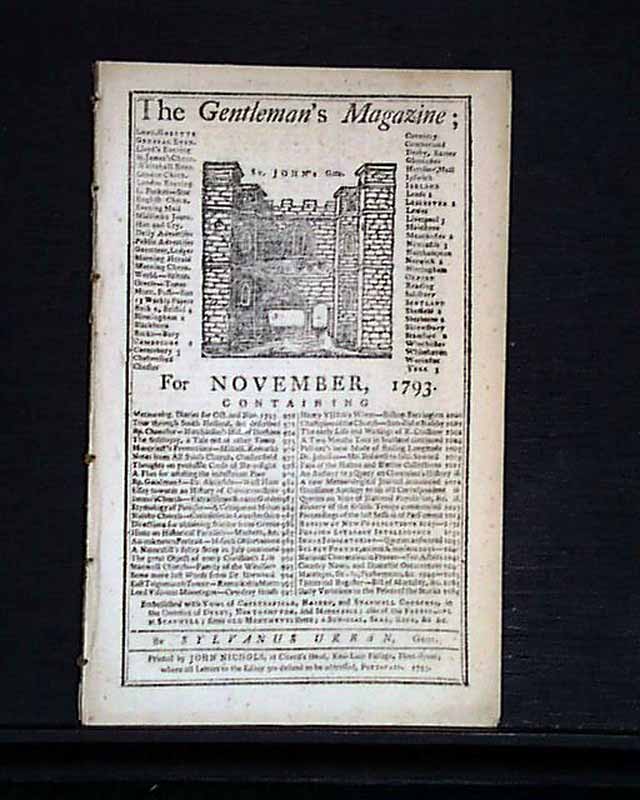